A Head Full of Wishes review of the year 2016 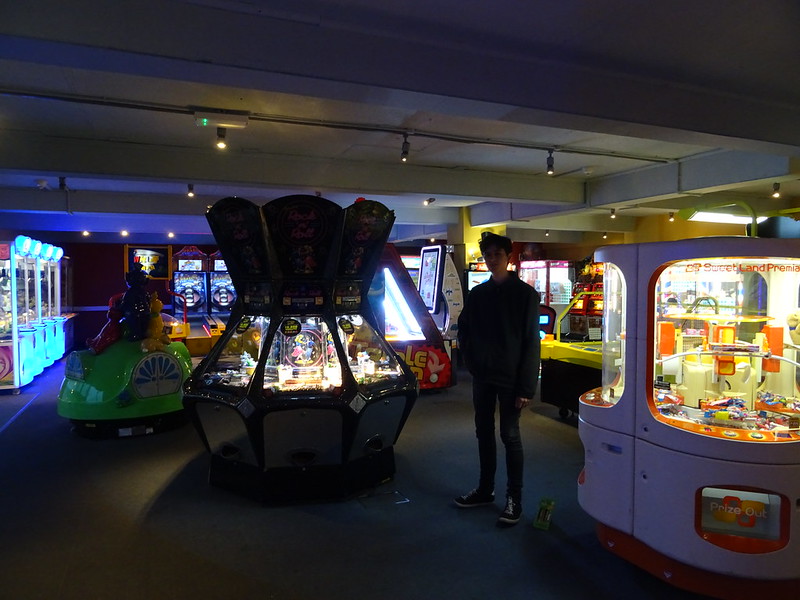 A wee bit later than planned but here's a quick summary of what happened in the world of AHFoW during 2016 (I've missed out plenty so feel free to poke around the site for loads of words, pictures, videos and audios!

Magic Hour - the band that Damon & Naomi were in with Kate and Wayne of Crytsalized Movements/Twisted Village put their entire catalogue on Bandcamp including a new collection of non album tracks - Magic Monents.

Britta launched her Pledgemusic pre-orders of Luck or Magic and dropped a lovely video for One Fine Summer Morning.

A familiar image appeared in an exhibition of visual art by musicians in Jamaica Plain - Naomi's cvontribution included art that was used for Damon & Naomi's second album (Wondrous World).

In a video interview Calvin of Beat Happening talked about his first encounter with Galaxie 500.

He was singing about being a tugboat captain in a context that it felt as though you wanted to edge away from him very slowly so that you wouldn't want to alarm him in any way.

… and then did see them in Berlin: 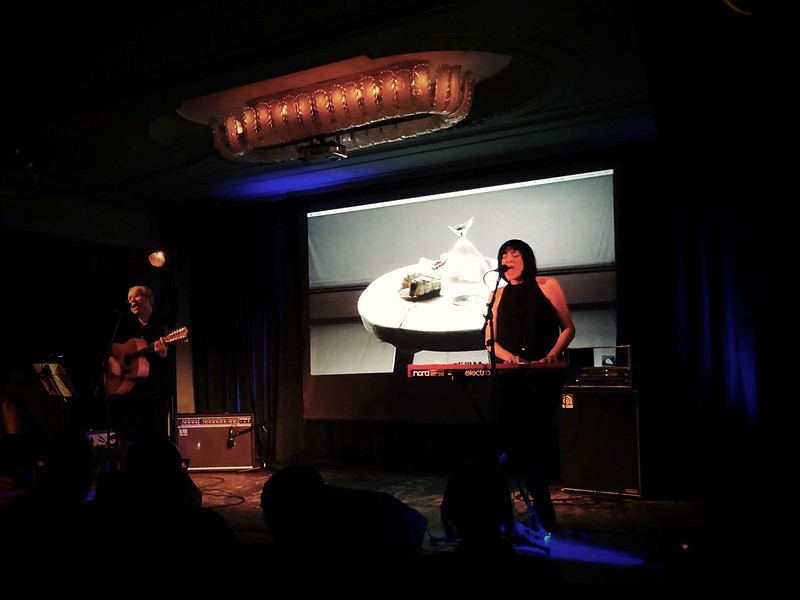 Damon pondered Galaxie 500's On Fire in a lovely interview with bandcamp daily.

We were happy—very happy, as I remember—with that sound. That’s why we titled the album the way we did. It was self-deprecating, in part, because we knew we sounded wimpy compared to the rock ideal of the time. But to ourselves, we really were on fire, because what we heard back was a record we would like.

I sat by the river and wittered to myself about A Head Full of Wishes and released it as the first AHFoW podcast - ten minutes of me gushing! The second podcast a few weeks later was quite boring so there's not been a third one… yet!

Source: How does LUNA make you feel?

US Ambassador to the United Kingdom Matthew Barzun picked Galaxie 500's Ceremony as one of his Desert Island Discs on the long-running BBC radio program.

We lost both Alan Vega of Suicide and Warhol collaborator Billy Name.

Damon presented a talk "presenting ideas" from his forthcoming book The New Analog at The Podcast Garage in Boston. Sadly despite the venue name the presentation it seems never reached a podcast - maybe appropriately given its subject matter?

The book will be released in April (on Record Store Day!) and is available to pre-order from Amazon.

Luna were back on the road in the US and Joakim was of course there for most of the shows - read about his adventures in Alexandria.

Sean is playing a solo, his fingers are moving like a corn in a heated pan, not a cold pan. Heated pan. What a pan.

Naomi was still keeping busy in her other career as a video director with a video for MV and EE's Feel Alright.

Video of Luna covering Motörhead appeared on A.V. Club Undercover - and rocked my world! For some reason this hasn't found its way to YouTube - you might be able to see it on the A.V. Club (I can't!) - luckily enough I have an mp3 grabbed from when I could access it!

Luna also crossed the pond for dates in the UK, Belgium and France. 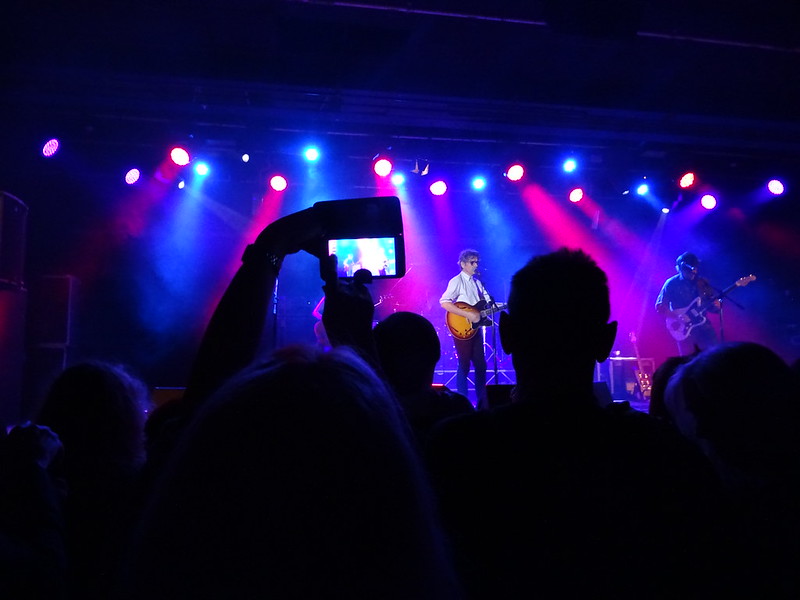 Damon & Naomi released a digital album of rarities and decided to put the whole of their back-catalogue onto Bandcamp for pay what you want - and it turned out to be a great success.

Over 2000 album downloads this month - we don't need no stinking streaming https://t.co/GH7Bcn5Qmu pic.twitter.com/f7RCNDBLkb

… and thanks to the Internet Archive Wayback Machine I found a video I thought I'd lost forever.

And that was it - another busy year - thanks to Dean and Damon & Naomi for keeping on doing amazing things and keeping me in a near full time hobby. Thanks to all the brilliant fans who I'm proud to be one of - who make being fans of Galaxie 500, Luna and Damon & Naomi (&c.) a wonderful thing to be a part of.

2017 will see Damon's book, hopefully the much hinted at Luna covers album and/or Dean's album of "cowboy songs" with Cheval Sombre. And with any luck more gigs to go to and fans to hang with.

It's been a blast - thank you all so much! 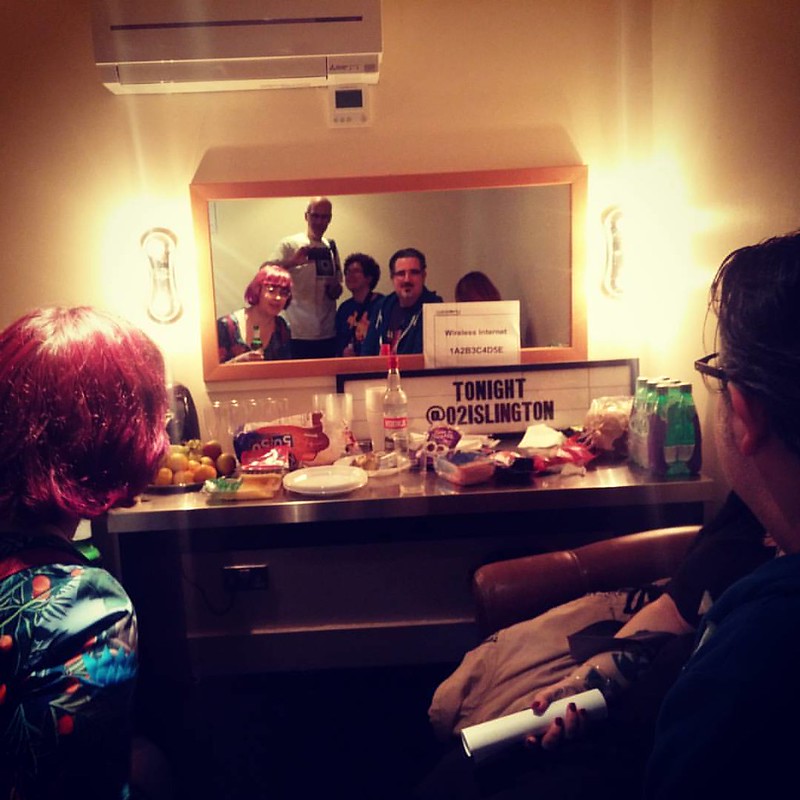