Artefacts #018: Angry Women in Rock Volume One with Naomi Yang 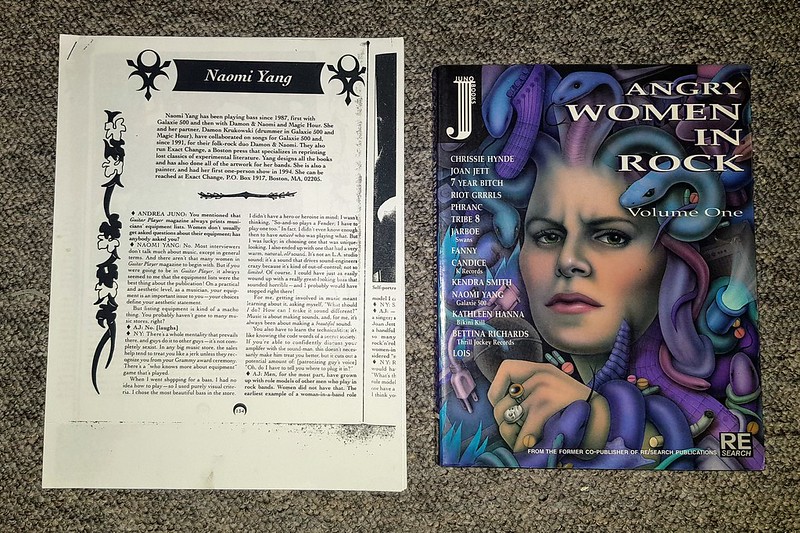 In 1996 Naomi was interviewed by Andrea Juno for this book Angry Women in Rock Volume One. The book was published in New York and I never managed to track down a copy and admit that I stopped looking when another fan sent me a photocopy of Naomi’s interview.

Do I have anything to say? Is this even an issue for me?

But, re-reading the interview she manages to be angry about…

The sales help tend to treat you like a jerk unless they recognize you from your Grammy award ceremony.

He was making fun of simplicty.

I think it’s all self-promotion. That’s pop culture and I feel very alienated from that.

Dens of evil. They’re about mediocrity not music

So much that is venerated is really bad. It makes me distrust popularity.

I finally saw a copy for real when a pal brought a copy over for me to look at, and I realised that I really ought to own a copy - and eBay made that easy. So now I have this gorgeous picture of Naomi with her dad’s Rolleiflex TLR which in my photocopy was just a black mess!