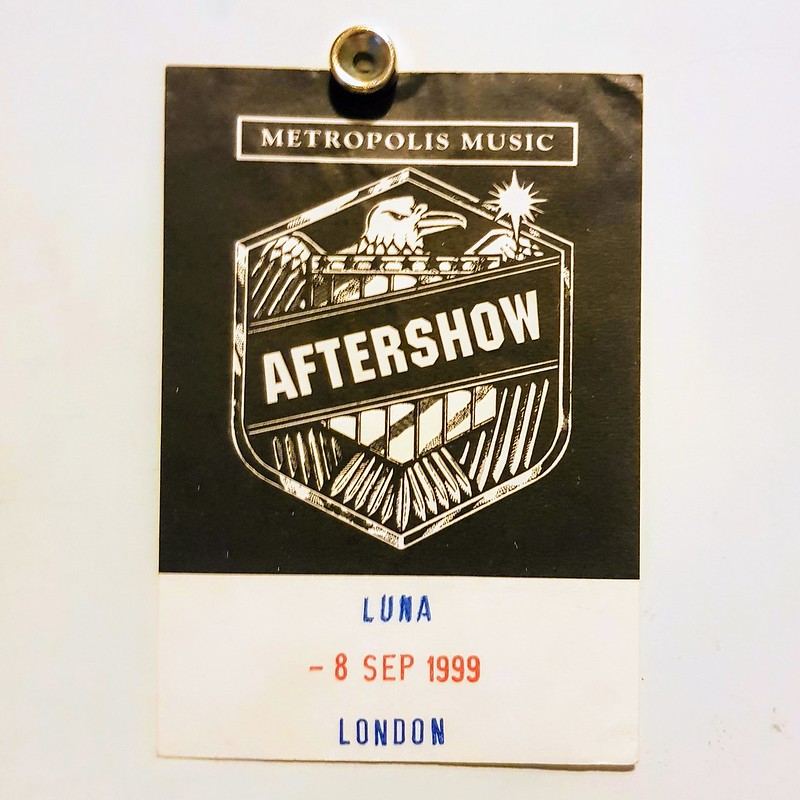 The first time I was added to the guest-list for a Luna show was at The Embassy Rooms in London in 1999. I couldn’t find anyone to come along to the show with me so my plus-one went begging. The guy on the door called me “Billy no-mates”.

Dean wrote about the show in his tour diary on fuzzywuzzy…

In London I bought a new toiletry bag at Boots, along with some nail clippers, and woollen cap at Paul Smith’s in Covent Garden. But it wasn’t hat weather. It was stinking hot at the Embassy Rooms where we performed – a sold out club and no air conditioning.
Dean Wareham - LUNA European Tour 1999.

The show was sweltering and I was dripping with sweat by the end of it and not really in a fit state to hang out with the band! But I had a backstage pass and felt obliged to use it. I chatted with Dean, he showed me a pic of (very young) Jack, and gave me chocolates, and introduced me to Justin (the only time (so far) I’ve had a chance to speak to to him and it was nothing more than a polite “hello”).

I made my excuses as soon as I felt it was polite, and left.