So that's A Head Full of Wishes 22nd complete year done - so let's see how that went.

Suddenly someone picks you up, you can fly. Luna - three nights in San Francisco (1: Bewitched)

Night two was a Penthouse show, but here's Anesthesia from the encore:

… and Rendezvous for night three:

It swivels and swirls in your head. Luna - three nights in San Francisco (3: Rendezvous)

For the 25th anniversary of Luna's first London show in 1992 I posted some memories and BlueKoyote posted the full show to DIME.

Britta headed out on tour supporting Teenage Fanclub here she is (with Dean) playing Drive at the Neptune Theater in Seattle:

Damon & Naomi's beautiful Within These Walls gets a belated release on vinyl (and can be had for a bargain $12 on their website!)

We looked at our recent vinyl sales, and put it out on CD only. (Cue sad trombone, the one horn we neglected to include.)

Record Store Day saw Luna's Penthouse getting a deluxe double LP reissue in a bautiful gatefold sleeve and with an album of bonus beauties - after some discussion on Facebook the consensus was that the Penthouse version of Tracy I Love You was better than the Pup Tent version. Sadly it doesn't seem to have reached Spotify yet - so if you don't have the LP you might just have to believe me!

Damon's fantastic book The New Analog is published in the US - seriously, I can't recommend this highly enough! 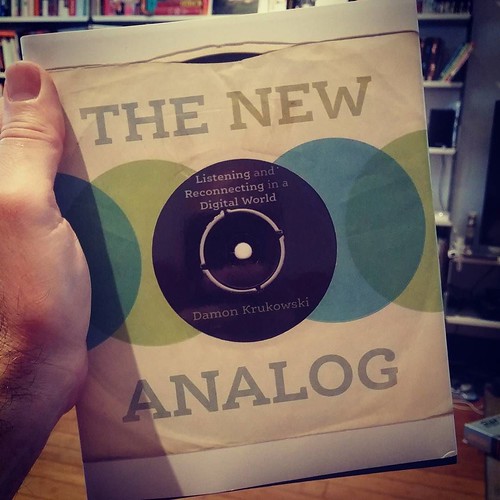 The New Analog is a fascinating rumination on what changed, and more specifically what was lost, when we moved from analog to digital. Damon Krukowski's book is not technical although it touches on technical developments that have changed the way we consume music (and I say consume because this is not just about what we hear). His arguments are delivered in a very readable style but don't lose any of their impact because of that. He discusses what constitutes "noise" in music; how digital has often thrown this out and how, without this "noise", we have lost more than we would think!

The book is also rather beautiful looking, and illustrated throughout to help give some context to this intriguing subject. Mr Krukowski isn't taking a Luddite's "old good, new bad" position but is rather pointing out that some of the "old" might be worth hanging on to and that we possibly need to think how we can get some of this "noise" back into our lives. I highly recommend this book to anyone who has an interest in modern sound and music; in how technology and commerce can have an unexpected impact on our lives; and anyone who puts in their earbuds, listens to Spotify and thinks they might be getting the full picture.

After some hints and speculation Luna officially announce that they'll be releasing an album of covers and an EP of instrumentals. A pledgemusic site is launched for pre-orders and bonuses.

Luna perform a private show at Goldiggers in LA to shoot a video for their cover of the Cure's Fire in Cairo - the video will feature Rose McGowan:

Damon & Naomi continued their pay what you want releases by putting their first record, Pierre Etoile, on bandcamp

To complement the wonderful The New Analog, Damon launches an equally brilliand and insightful podcast, Ways of Hearing.

To commemorate Galaxie 500's thirtieth anniversary A Head Full of Wishes published Everything's Swirling a fans-eye celebration of the band - the initial run of 100 copies sold out in a heartbeat so I was off to the photocopiers to run off another fifty copies. I sent the band members a copy each which led to Naomi posting this amazing picture - my fanzine... on that bass!

Joakim and Ulrika's wonderful book A Strange Fascination is published - a collection of travel diaries documenting 29 Luna concerts from around the world - it's also packed with loads of great photos. Grab a copy if you haven't already!

Luna headed out on an extensive tour of Spain: 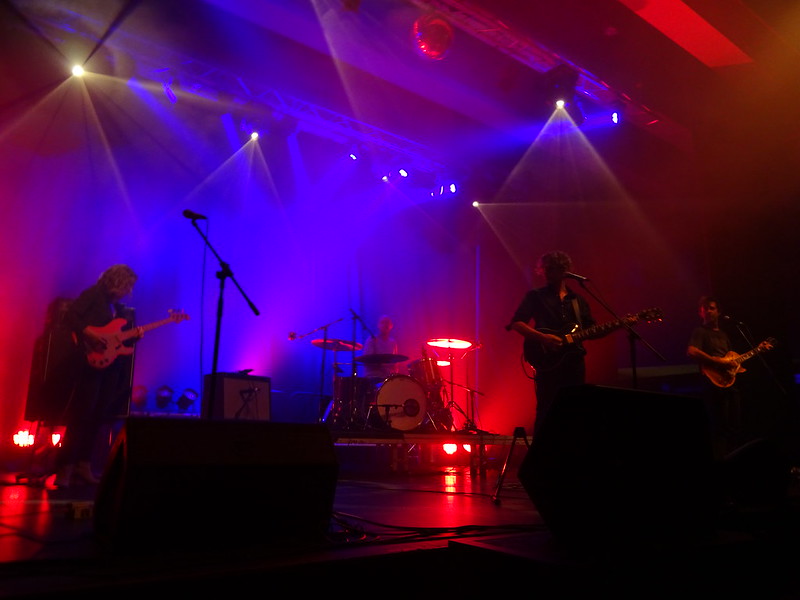 In November Damon & Naomi headed out on a tour of Japan in support of their new compilation album Everything Quieter Than Everything Else which was released on CD over there (and digitially as pay what you want on bandcamp!)

And the year ended quietly.

And so to 2018 which starts with Luna playing more gigs around the US and Damon & Naomi touring Europe - and hopefully lots more to enjoy.