A Head Full of Wishes review of the year 2015

It's been quite an eventful year for AHFoW, so here's a quick thrown together summary...

On February 17th Damon & Naomi released the beautiful soundtrack to Naomi's short film "Fortune" - the album was the same number of tracks and exactly the same length as Nick Drake's masterpiece Pink Moon...

When the CD was mastered I asked the mastering engineer to add and subtract some tiny spaces in the blanks to make sure that it's eleven tracks and exactly, to the tenth of a second, the length of Pink Moon.

Also in February the members of Luna got together in Los Angeles for a social event - it was also announced that the first reunion show would happen at The Echo in Los Angeles on the 13 April - tickets sold out almost instantly. It seems folk were ready for the reunion...

In March Dean dropped a hint that Luna's first five albums will be getting released in a vinyl box set... we're still waiting.

In April Damon & Naomi arrived in the UK for some dates to promote Fortune. London's show was a lunchtime affair at Rough Trade East... here's me looking goofy and flying the flag... with Naomi

There's a lovely video on Vimeo of The North Light.

On the 13 April, Luna played their first show in over 10 years in Los Angeles… 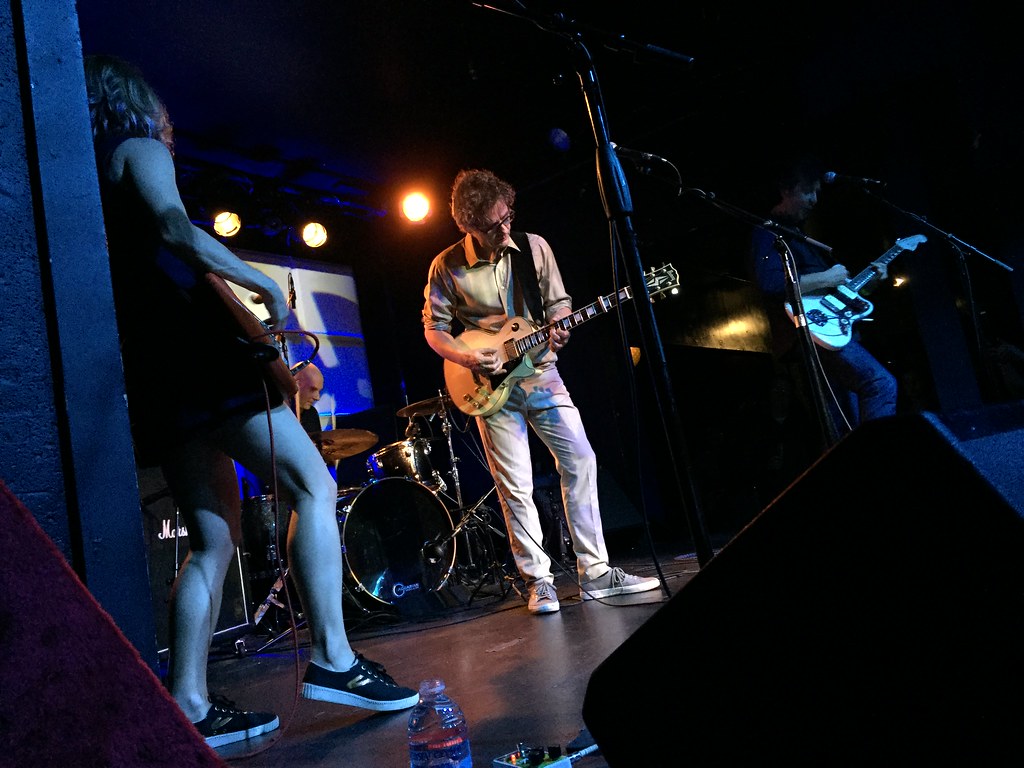 … and then headed off to Spain and Portugal.

In July and August the next leg of Luna's reunion kicked off with dates in the UK, all beautifully documented for AHFoW by Joakim.

Noah Baumbach's new film Mistress America was out on general release with a guest role for Dean as grumpy neighbour Harold, and an electronic soundtrack by Dean & Britta. The soundtrack was released on CD and then vinyl later in the year.

September found Luna in Australia and then in New Zealand where they were joined on stage and on the beach by former bassist Justin Harwood.

In October Damon curated an exhibition NOT TO BE PLAYED, and was also found up a ladder reading John Cage.

Luna's reunion tour arrived in the US, where for a couple of shows they played Penthouse from start to finish, and in Brooklyn they were joined on stage by former drummer Stan Demeski.

Meanwhile Naomi's videos for Waxahatchee and Meg Baird found their way onto the internet.

Luna wrapped up the year with a New Year's Eve show in San Francisco ... Rock Your Baby got it's traditional airing.

... and so on to 2016, which will finally see the release of teh Captured Tracks vinyl box set, more Luna dates in the US (and hopefully back to Europe - that's a hint for them and not stated with any knowledge). No word yet on Damon & Naomi's plans but I'm sure they'll be keeping busy.