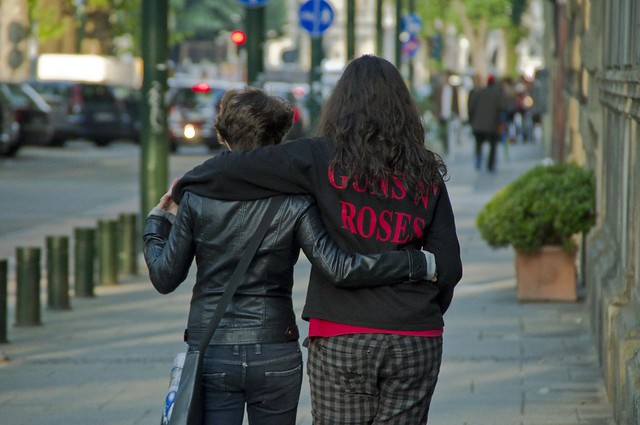 You see I didn't think this through fully. Back when I started this series and was posting tracks by Big Star, Caetono Veloso, Joanthan Richman and Nancy Sinatra, it didn't cross my mind that the day would eventually arrive when I'd have to post a Guns N' Roses video to AHFoW. Well, today that day has arrived.


Luna recorded the song as a b-side during the sessions for their fifth album The Days of Our Nights but US label at the time insisted they put it on the album. And then dropped the band before releasing it:

Here's a radio session version from some time in 1999 (I have it listed as January 2000 but Justin is on the recording and had left the band by then so I guess the date is a broadcast date, not the recording date).
MP3: Luna - Sweet Child o' Mine (World Café 1999)