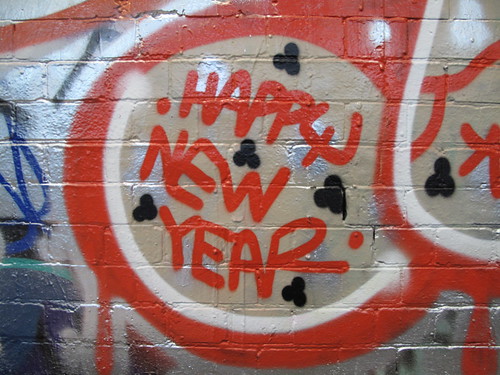 Shockabilly were a mid 80s project featuring Eugene Chadbourne and Kramer. "Happy New Year" was written by Chadbourne and appeared on their 1985 album "Heaven"

Luna's cover was recorded during the Penthouse session and was released as a bonus track on the Beggars Banquet CD single Hedgehog / 23 Minutes in Brussels. It later turned up on the digital-only covers album Lunafied.