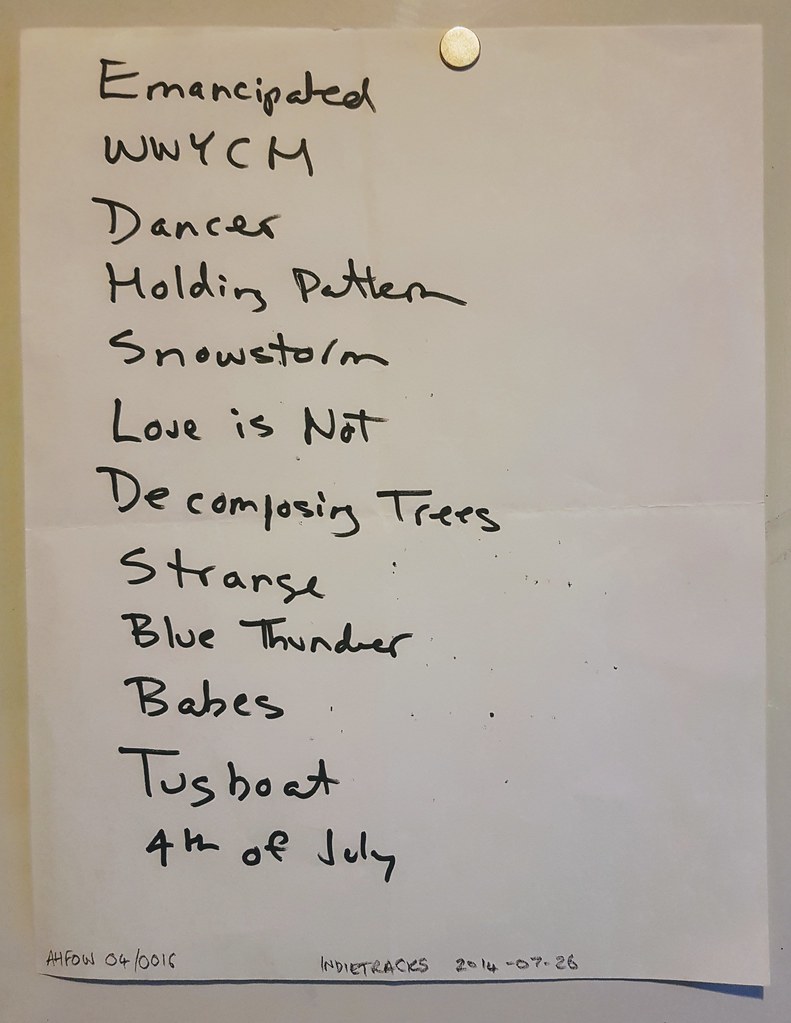 So, this time five years ago I was at the always wonderful Indietracks Festival held at a heritage railway in Derbyshire. This was my second Indietracks and I had tickets long before it was announced that Dean would be playing. In January I had hinted to Nat of Sonic Cathedral that Dean ought to play Indietracks and his appearance was announced in March so I like to imagine that I was partially responsible for it!

Dean’s band for the tour was Britta, Roger Brogan on drums and Raymond Richards on guitar. At the end of the wonderful set Raymond grabbed his setlist and headed to the front of the stage and handed it to me - I believe he got some grief from another fan for his trouble - he got my eternal gratitude.

Tonight I’ll be at my seventh consecutive Indietracks Festival - I keep hoping Dean will come back, the idea of seeing a nice low key Dean & Britta show in the Church is a dream I often have. 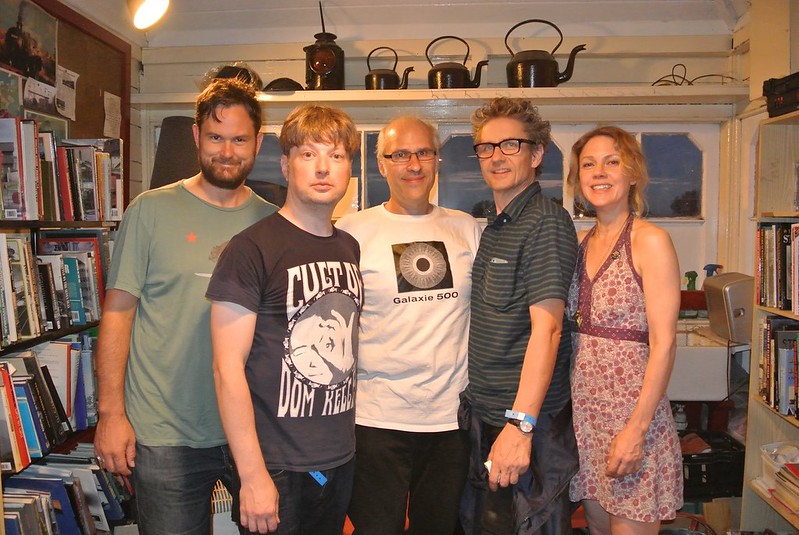