In 2009 John of Dream Machine records got in touch and told me that he would be putting on the UK première of Matthew Buzzell's splendid Luna documentary Tell Me Do You Miss Me in a pub back room in Brixton. After an initial postponement it finally happened on a cold December evening. I'd tried to drum up interest but I didn't have too much pull (just David!) and it was a sparsely attended. After the film John and the Dream Machine All Stars put on an lovely and enjoyable set of Luna favourites. Here they are romping through 23 Minutes in Brussels

After the web site had been running happily for a few months I had been contacted by a few fellow fans, and it was suggested by one of them, Jesus, that I should maybe set up a mailing list. So in early July 1995 the first post of The Galaxie 500 Mailing List was sent out, it started "OK, so far it's just the four of us...". By the time of the first survey in December of that year there were 124 of us. Now most of the social-interaction happens on Facebook (where the page has over 1200 "likes") and Twitter. 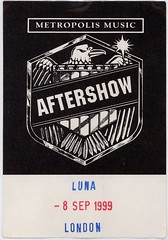 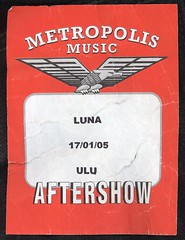 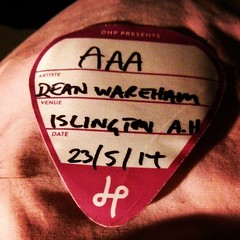 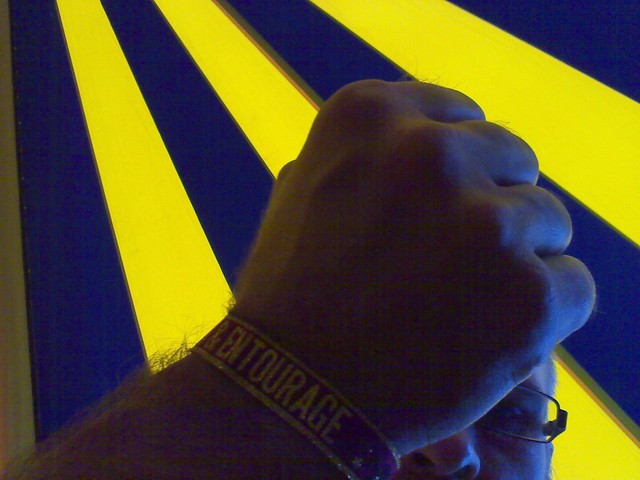 9: Watching us watching them

I haven't found the interview but some time in the mid/late 90s Dean made an oblique reference to the Galaxie 500 Mailing list, I think it was something about how he looked at it for a while but stopped because he couldn't correct mistakes. The first band member to actually post to the list was Matt Quigley who replaced Justin on bass for a short while... you can read about his time in Luna here (make sure you read Matt's comments too). Britta became a regular and very active member of the list after she joined the band.

OK, I'd decided never to share this because frankly it's probably a bit weird and stalky to share answerphone messages, but I've referred to it so many times over the years, and it's now 17 years old (Dean if you read this and are bothered by hearing your message to me just shout!). The first time I spoke to Dean was after a show at the Astoria in London in 1997 - he was squatting at the side of the stage, he signed my ticket and took my phone number to let me know some more upcoming dates. A few days later this happened while I was out...

It may all sound rather innocuous... but it did (and still does) blow my mind!