Originals: While My Guitar Gently Weeps by The Beatles (covered by Damon and Naomi) 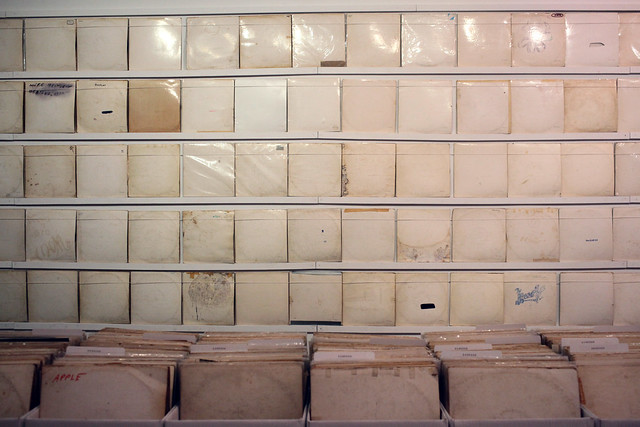 Rolling Stone reckoned it was the 10th greatest Beatles song Ian MacDonald in the brilliant Revolution in the Head, wasn't particularly taken with the track (but then he wasn't often impressed with George's songs):

... as a whole the track exudes a browbeating self importance that quickly becomes tiresome [...]. While My Guitar Gently Weeps enshrines, in its plodding sequence, rocks typical overstatement and slow rate of harmonic change. The energetic topicality of pop is here supplanted by a dull grandiosity predictive of the simplified stadium music of the Seventies and Eighties.

Damon & Naomi's version was released on their fifth album The Earth is Blue in 2005 and includes the slightly different lyrics from the Anthology version .