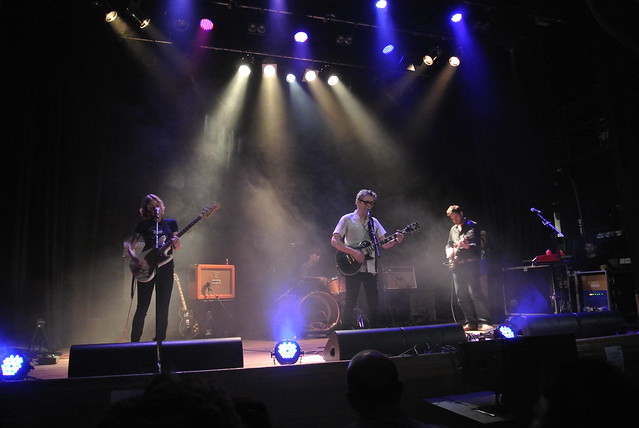 Day three of my three day fanboy traipse around the bottom half of England is closer to home at the Islington Assembly Hall. Apologies in advance for the rambly, mess that this post is, feel free to skip my nonsense and look at the pictures!

Last night, I organised a pre-gig meet-up for coffee and a chat in a café over the road from the venue and a bunch of really lovely folk turned up to kick off a remarkable evening. It was lovely to meet you all (or meet you again to the few I'd met before).

We headed into the venue in time for the support act. The Islington Assembly Hall is a big room, it turns out, too big for Dean Wareham tonight. The venue decided not to open the balcony and instead had put tables around the edge of the hall which were "reserved for people with balcony tickets"!

Support was the lovely Darren Hayman, formerly of Hefner who had arrived with an array of synths, drum machine and a keyboard and played a short but sweet set for the small audience. I think he was relieved when it was over.

The crowd filled out a little by the time Dean and his band arrived on stage, but the room was still nowhere near full. Maybe it was the big room, the high stage, the dry ice, the lights and the vastly improved sound - or maybe it was simply knowing that this was the last show of a long and exhausting tour - but the band seemed more comfortable and tighter than the two previous nights. This was a band on form and the small audience thoroughly appreciated that. An awesome set finished with Fourth of July and Ceremony, and on a cloud.

Show over, we loitered by the merch table to chat with each other, and with Dean & Britta who were busy signing anything placed in front of them and Allison got to show her amazing tattoo of Dean to Dean.

Things started thinning and folk started drifting home when Dean asked if he could leave a guitar with me until Indietracks, to save the bother and cost of taking it home and bringing it back again. Of course I said yes and was just preparing to negotiate the Piccadilly Line when Joe, who was the night's sound man, the van driver, equipment provider, and I guess had plenty of other jobs, pointed out that he was heading west and could drop me off after dropping the band to their hotel.

So the van was loaded with gear and we headed... to a noisy bar across the road. Where I chatted as best I could (with the volume) with more new friends, and was finally bullied into having a drink by Nat... who managed to find alcoholic ginger beer (I almost never drink alcohol... so this could have turned out badly... but luckily didn't).

Back out and the van was loaded, with people this time, and I found myself sat between Dean and Roger, the drummer, for the drive from Islington to Bayswater, where the band was deposited, and then on to Hanwell where Joe and Alex dropped me, and a guitar (and a rug!) off at home.

I never took any photos of the pre-gig meet, and very few (and mostly rubbish) of the after-gig journey - that's my big regret.

Over the almost 20 years of A Head Full of Wishes I've been to gigs where I've met one or two folk who know me from the mailing list or website. This is a treat, a sometimes awkward and uncomfortable treat but a treat all the same. And all these people I've met through the web have all been, without exception a joy. Fans of Dean (and Damon & Naomi) are all really nice people. Last night I met a tremendous number of people, fans and band members, workers and watchers.

I'm going to reel off a list of names here, some may not even realise that they were part of my remarkable evening, some I never or barely exchanged words with, but they were all a part of it, so... thanks to Dean, Britta, Raymond and Roger, to Joe, Allison and Bill, Chris, Shabby, John and Kelly. To Richard and Robert, to (a different) Joe, to Alex, Gareth, Alison, Nat and Sharon - and to anyone whose name I missed.
Database: 23 May 2014 Dean Wareham at Islington Assembly Hall, London, UK
Photos: 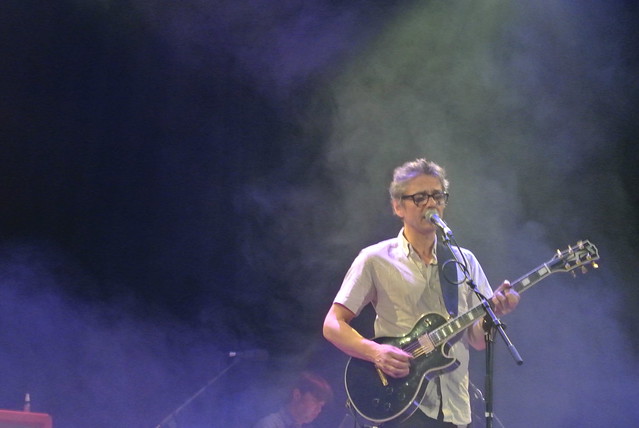 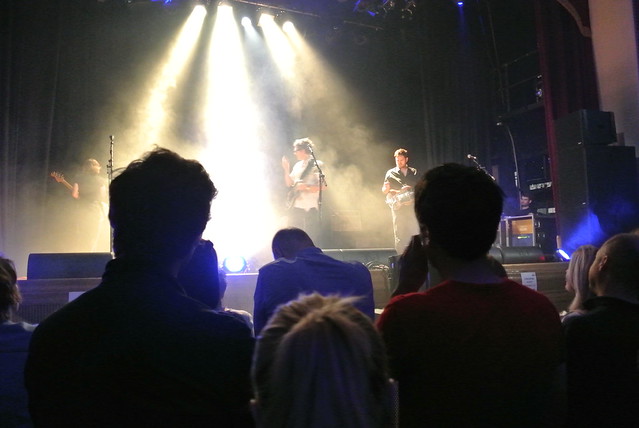 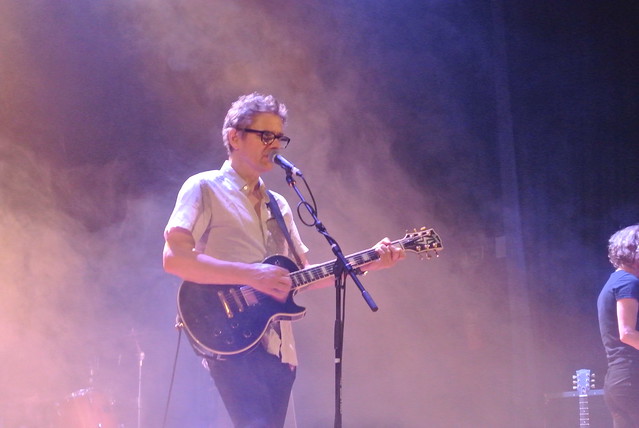