Photos and audio: Dean Wareham in Leamington Spa, 22 May 2014

Second night. Finished work, headed home, and bundled Adam into the car to keep me company on the drive to Leamington Spa. Parking, that had been a headache in Brighton (and eventually cost me four quid), was a little easier in Leamington Spa... and free. Arrived just as the support act The Dreaming Spires took to the stage.

The Dreaming Spires played an enjoyable and charming set of rock to the 20 or so folk in the audience. They rather bravely tried to get the tiny audience going in a singalong, with surprisingly (relatively) successful results. They come from Oxfordshire, but I think they might wish they came from 4000 miles west of there.

By the time Dean and band took to the stage the audience had swelled to 30 or 40. The band battled with sound problems but the love and enthusiasm from the audience pulled a great show from them all the same - in Leamington Spa I'm inclined to think that the audience were the fifth member. 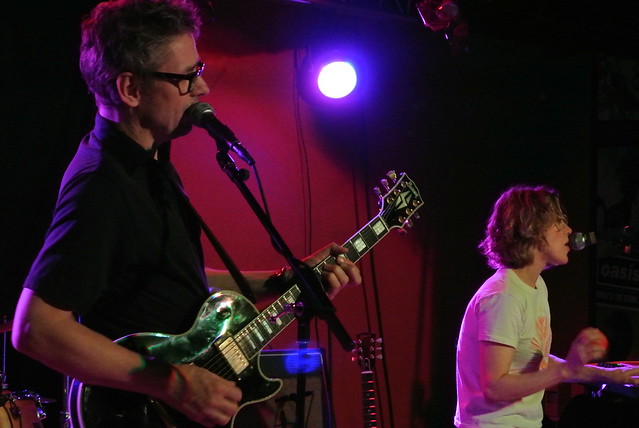 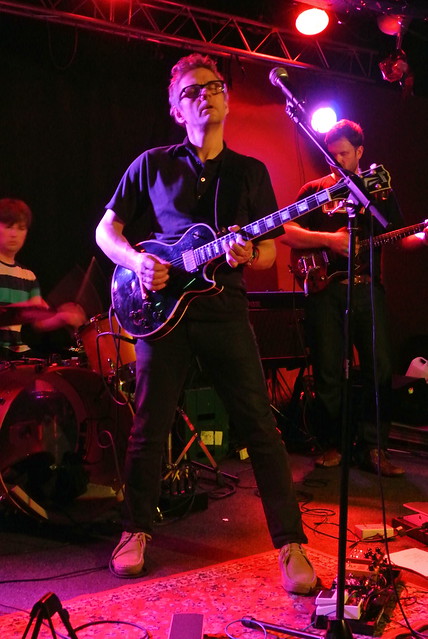 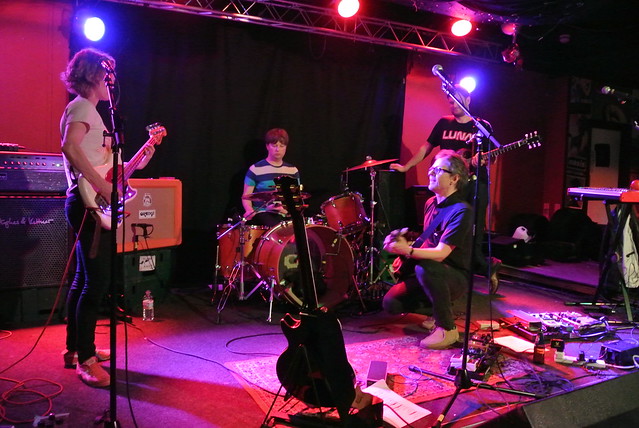