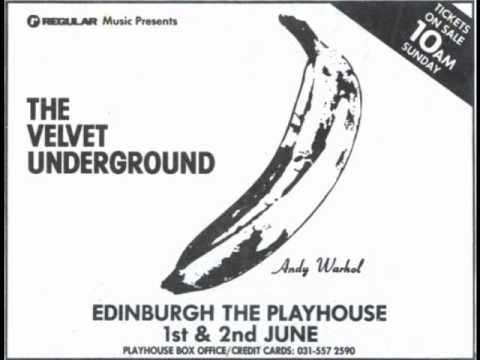 31 May / June 1st:
Justin, Sean, Stanley and I are taking the red-eye to Edinburgh via London Heathrow. The food is awful. I take a couple of muscle relaxants, a Midol P.M. and have a couple of drinks but I still can't sleep. I guess I must be a little excited. It's cold and raining in Edinburgh. We check into our hotel. right next to the zoo, and head for the Playhouse, a nice old theater which seats about 3000 people. Our dressing room has a little speaker in it, and we sit listening to their soundcheck. It's a very odd experience. We meet the production manager who assures us that Lou wants us to be taken care of, and in fact, we do get a nice soundcheck. I have rented a Fender Bassman re-issue and decide it sounds great. Then I look at Lou's rig - it's about the size of a refrigerator - two Soldano power amps, a couple of preamps, a stack of effects, with a space-age military-spec foot controller. I think you can actually put it in gear and drive around town with it. Back in our dressing room, we di cover a case of beer, and learn that we are allowed to smoke cigarettes. There's also a couple pieces of chicken, some ham and cheese sandwiches, and Scottish eggs. All right! Justin convinces Sean that Scottish eggs are actually sheep's testicles.

Our show is fine. Nobody throws anything.

The Velvets are awesome. They open with "We're Gonna Have a Real Good Time Together," and play for about an hour and a half. My favorite is a really laid-back version of "Some Kinda Love." Lots of hits, and some surprises, like "I Guess I'm Fallin' in Love," and "Hey Mr. Rain." John Cale is singing Nico's parts in "All Tomorrow's Parties" and "Femme Fatale," and he also sings his epic "The Gift." They finish with "I Can't Stand It," and come back to do "I'm Waiting for the Man" (which Cale also sings) and "Heroin.