An oral history of Galaxie 500 on Pitchfork

Pitchfork has just put up a lengthy oral history of Galaxie 500 featuring interviews with all the key players in the band's history. I'm only a couple of pages in so eager to see how it turns out! Here's a couple of choice snippets I've come across so far... Kramer (Galaxie 500 Producer/ "Fourth Member"): To be perfectly honest, when they first came in and played for me, I thought these kids must be lying. There's no way they went to Harvard; they sounded so fucking retarded! One chord for an entire song, played that slowly? Come on! Naomi Yang: I think one of my fondest memories of being in the band was when we were opening for the Sundays in England and Harriet [Wheeler] lost her voice and cancelled the London show at the last minute. Rough Trade scrambled to get a gig for us in London that night and came up with a pub; I think it was called The Falcon. It was packed and instead of the big stages that we had been playing with the Sundays we were back to being in our usual atmosphere of a tiny sweaty rock club. It was a really relaxed and completely fun gig-- it just felt like we were cut loose from music business responsibilities and could just play music! I guess the music going well was always at the center of my best memories. 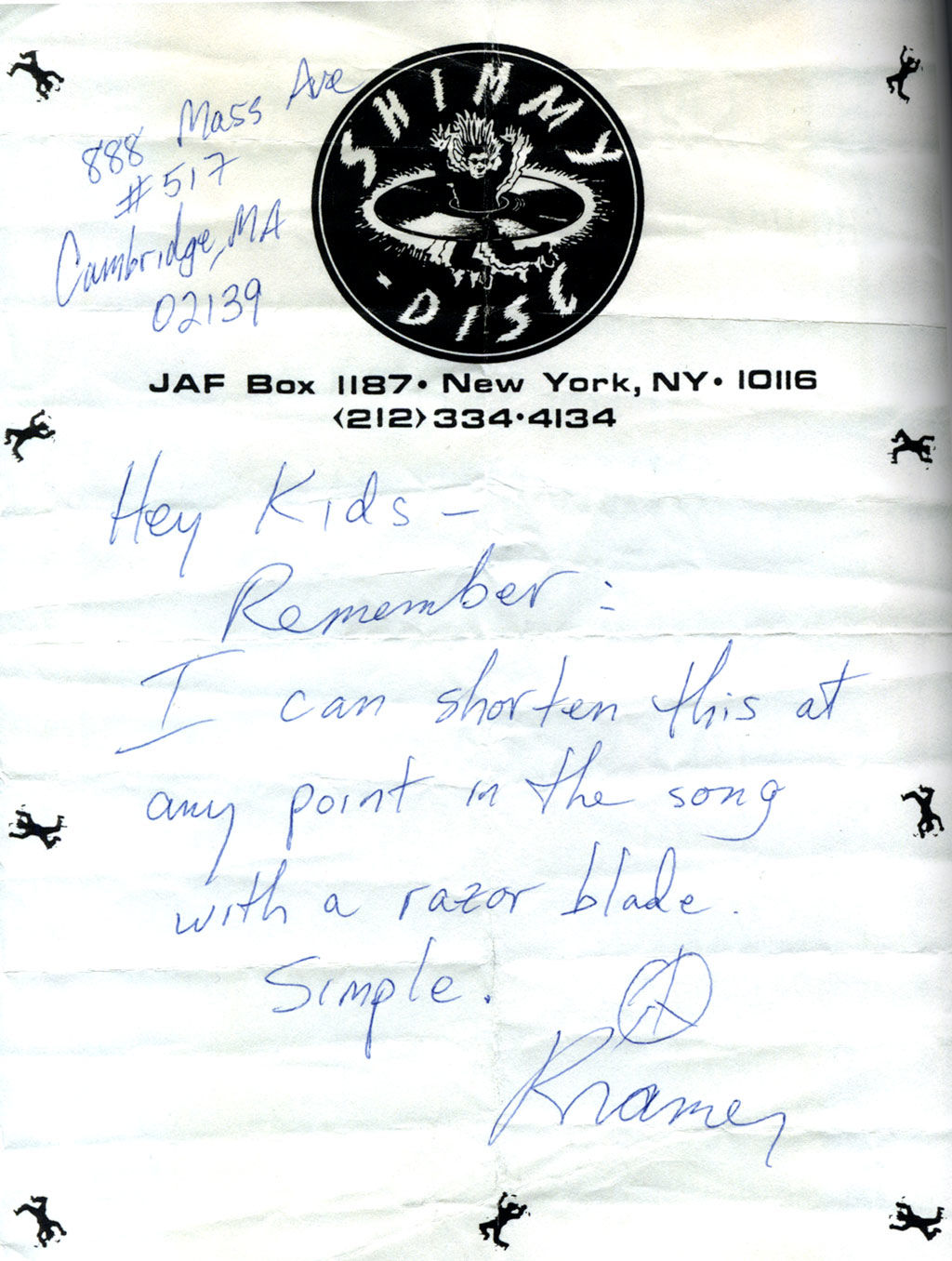