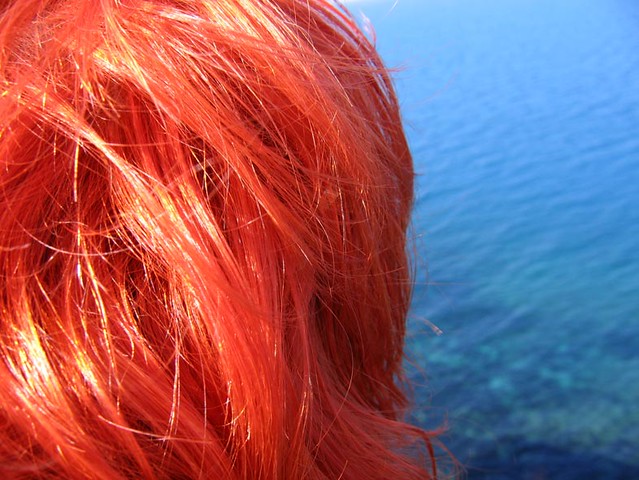 Cagney & Lacee was Dean Wareham and his (then) wife Claudia Silver. They released an album and a couple of singles between 1996 and 1998. The album, Six Feet of Chain was described on the sleeve as "[an] album of cover versions lovingly performed by Dean Wareham and Claudia Silver" and featured covers of tracks by Lee Hazlewood and Minnie Ripperton as well as a couple of tracks from the (excellent) Robert Altman film Nashville.

The couple's last release was put out on the excellent UK label Earworm as part of their subscription only singles club and featured a cover of Madonna's Borderline as well as the only Cagney and Lacee original to have seen the light of day.

So here, for your enjoyment is that Silver/Wareham penned track - "Orange."

This has been lifted from my vinyl copy. I'm not an audiophile and I don't have expensive kit so what you are about to hear/download is not likely to sound as good as it probably ought to, but then...you didn't pay for it. I'm not sure how difficult it is to get hold of this (a quick scour of the Internet didn't produce much). You can get the two tracks from their earlier single as mp3 downloads as part of a compilation called "Speed Dating" which also includes the tracks from Dean Wareham's Anesthesia solo single. Their are also several second hand copies of the album, Six Feet of Chain, on Amazon.