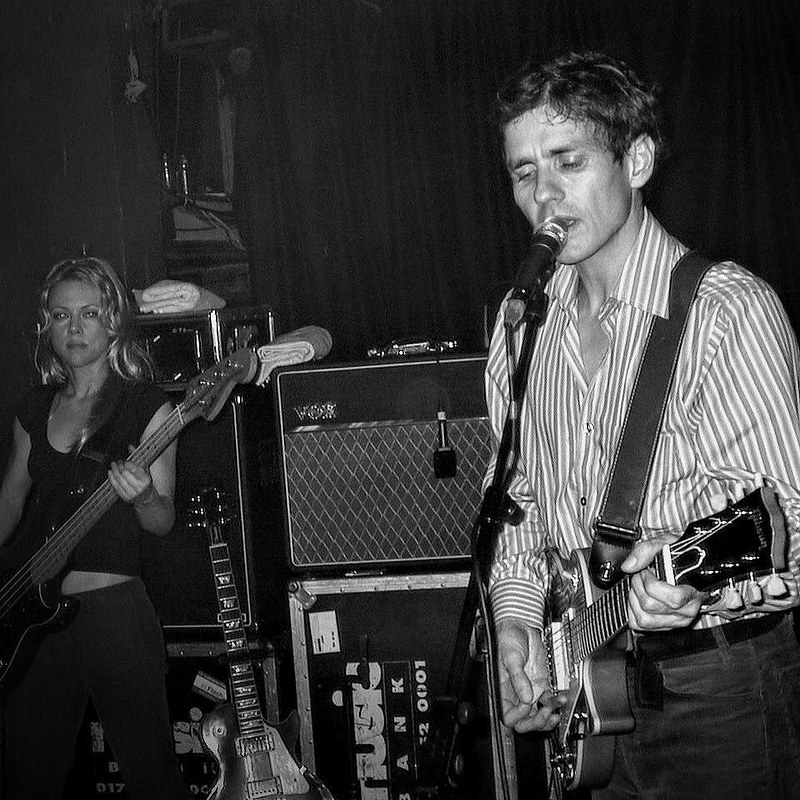 Three years, three bloody years - Luna would have to put in a damned good show to justify neglecting their UK fans for three years.

We arrived in time to catch excellent support act Garlic rattle hastily through a bunch of tracks that, I guess, are from their recent album (which as we speak is wending it’s way to me from my preferred on-line record store). Owing more than a little debt to Pavement, which is no bad thing, and giving me a sufficiently good feeling that I will have to check them out again at the earliest opportunity.

I must admit that - after the aforementioned three years of neglect and with Beggars Banquet’s seemingly half-hearted support - I had a nasty feeling that Luna’s ability to pull a crowd may have dwindled. I seriously expected the audience to consist of me, my mate and one man and his dog. I was pleasantly surprised. The venue, while not busting at the seams, was pretty well filled, and filled with people who seemed to love the band as much as me.

The band opened with “1995”, followed by “Lovedust” and “Four Thousand Days” - the setlist becomes a blissful blur from there on in, there was “Pup Tent”, a wonderfully rock “Freakin’ and Peakin’”, the always appreciated “Friendly Advice”, “Bewitched”, “Moon Palace”, “Tiger Lily” and more. I think I just grinned all the way through the set. They left the stage but there was no way that they’d get away without an encore or two. Back on stage they launched gently into “Tugboat” and followed it with a lengthy workout of “23 Minutes in Brussels”. Again they left the stage and again they returned. The tell-tale e-bow drone signalled that Indian Summer was to be the set closer. Exceptional.

I’ve seen Luna at pretty much every London date they’ve played (except Wembley supporting VU and possibly one or two others (although I’m not convinced)) and I must say that I can’t remember enjoying a show more. It may have been a case of absence making this heart grow fonder. Or may be they’re just getting closer and closer to perfection.

They may have left it three years but the neglect was forgiven, it genuinely was worth the wait. I’d appreciate it though, if we didn’t have to wait so long next time.