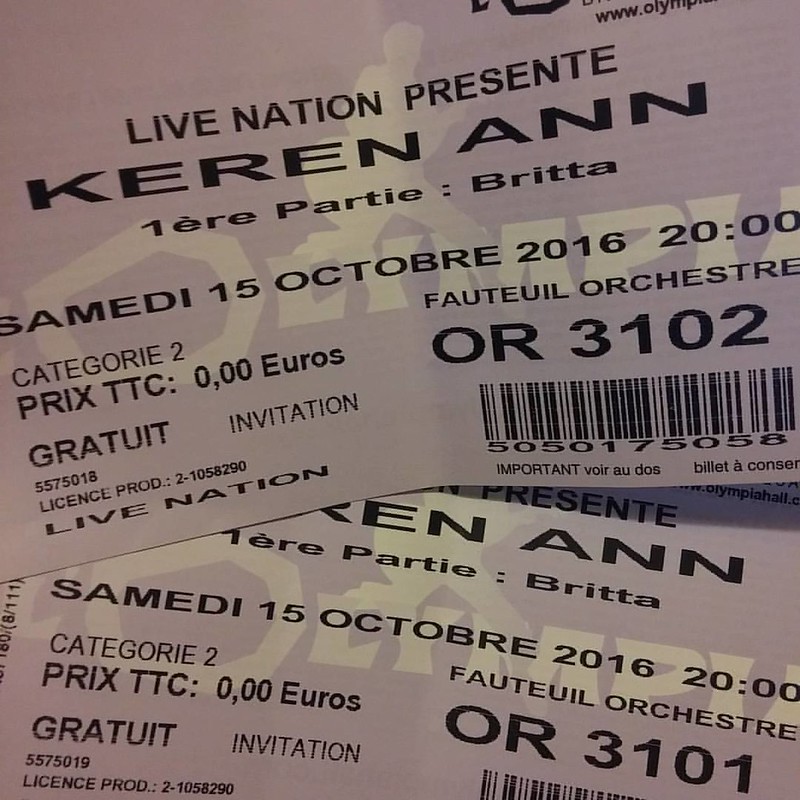 Luna finished their 2016 European tour on a boat in Paris and while the rest of the band headed home Dean and Britta (and Hazel and I) hung around for a couple of days as Britta was doing a solo show supporting Keren Ann at the legendary Olympia. Today’s artefacts are my comp tickets for the show.

I love that the tickets say Britta - only her first name is needed like Cher and Madonna!

It was an absolute treat seeing her and Dean performing a sweet set for a sizeable crowd in such a great venue.

I had actually already bought tickets for the show which is why my pics of Britta are from the comps in the stalls, and the pics of Keren Ann from the paid for seats in the circle!