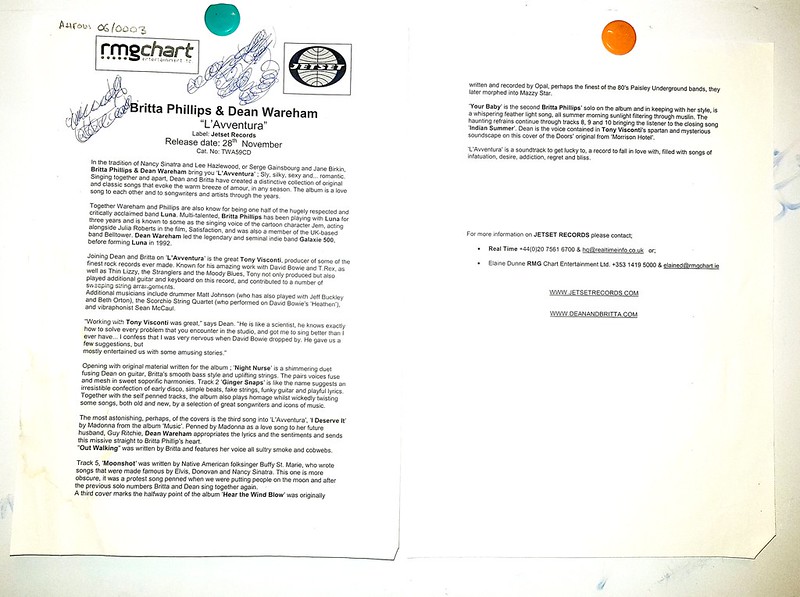 I’m actually not sure how this came into my possession. I do have a promo copy of L’Avventura but I think I got that from Dean and don’t remember getting a press release with it. Plus, it’s a UK presser and the scribbled out bits at the top seem to be a bbc.co.uk email address and a possibly a phone number/extension which I think makes it more unlikely that it came from Dean.

Maybe I was sent it by another fan - if so thanks.

Joining Dean and Britta on ‘L’Avventura’ is the great Tony Visconti, producer of some of the finest rock records ever made. Known for his amazing work with David Bowie and T.Rex, as well as Thin Lizzy, the Stranglers and the Moody Blues, Tony not only produced but also played additional guitar and keyboard on this record, and contributed to a number of sweeping string arrangements.

Back in 2003, when this video was released, my internet connection was not really up to scratch so I was never entirely sure if the jerkiness of it was the video struggling to get to me down my narrow pipes. Turns out it was intentional.