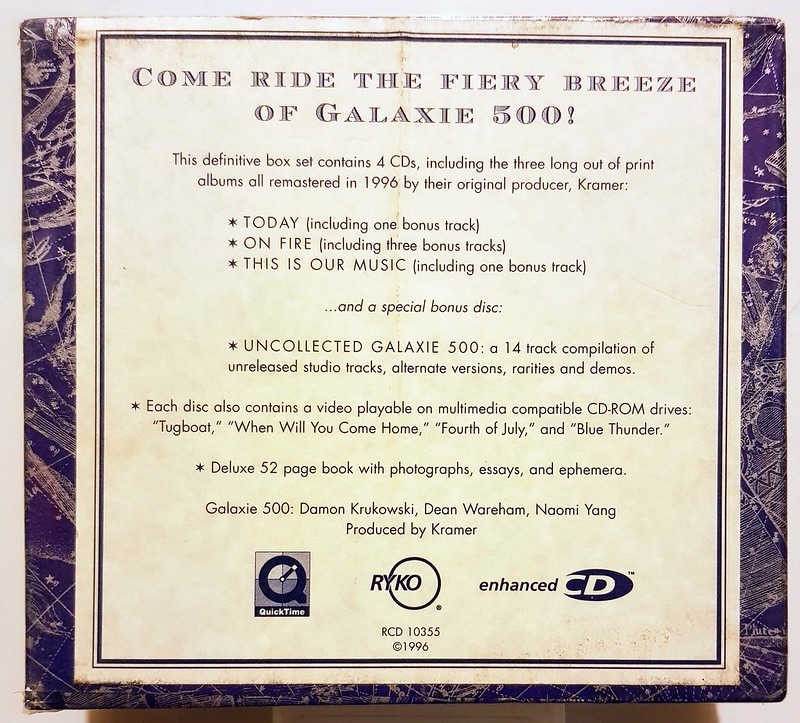 I had all the albums already, obviously, but I needed this. I ordered a copy from the US - not being convinced that any copies would make it to the UK. But… there were delays… rumours that Ryko had underestimated demand and weeks later and still no sign of my box set.

Then, wandering around the Virgin Megastore on Oxford Street I spotted a copy. Pricey - but the risk of not owning one at all seemed higher, so I bought it. Took it home, played it to death.

My box set from the US arrived a few days later - the PO hung onto it until I paid them VAT and a Post Office release fee - so… that’s why I have a copy still in its shrink wrap.