Damon, and Damon & Naomi in London 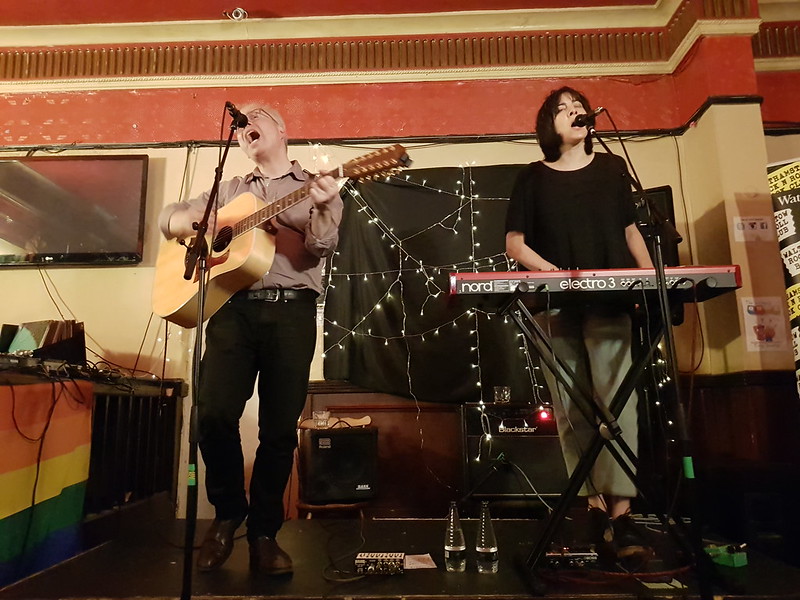 Damon & Naomi arrived in the UK after a short tour of Italy promoting the Italian translation of Damon’s The New Analog. Their first show was in York and this was followed by two London dates. The first, at Rough Trade West was just Damon, promoting the excellent Ways of Hearing book of the podcast. The second, hosted by the Walthamstow Rock N Roll Book Club, was another talk, followed by a Damon & Naomi set. I decided to go to both. Obviously. 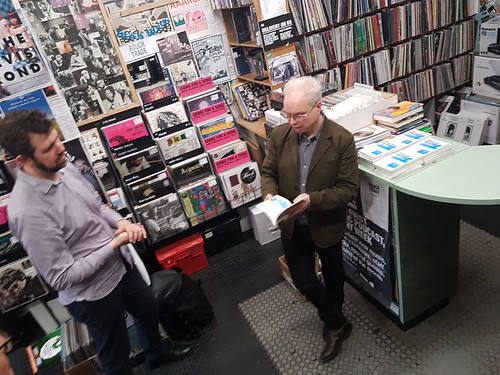 Tuesday afternoon was warm, but the rain started just as I left work to cycle to Rough Trade - this combination had me arrive in Ladbroke Grove damp and sweaty. It was about half an hour before the talk and the rain had stopped and there was even some sun so I thought I’d walk around a bit to dry off.

I turned a corner and from inside a cafe there was a tapping on the window and Naomi was beckoning me in - so much for walking off the smell of wet dog before meeting my heroes! I grabbed a cup of tea and sat chatting with Naomi about retirement and noisy neighbours before we both headed to the record store for Damon’s talk.

Walking there Naomi asked if I was going to the Walthamstow show… because I really should - cryptic!

We arrived at the allotted time to find Damon and just two other folk in the shop - one was there for the talk, the other bought a Black Sabbath LP (Paranoid) … and left. Luckily Daniel, the attendee, was engaging and enthusiastic and had discovered the book and the podcast without having first heard of Galaxie 500 so had a more pure perspective!

A couple of other folk arrived and Damon’s talk turned into the six of us chatting about things mostly related to the book, but shooting off on interesting tangents. We all shot the breeze for an hour or so before the Rough Trade staff started hinting that they wanted to shut up … by shutting up! So we left. 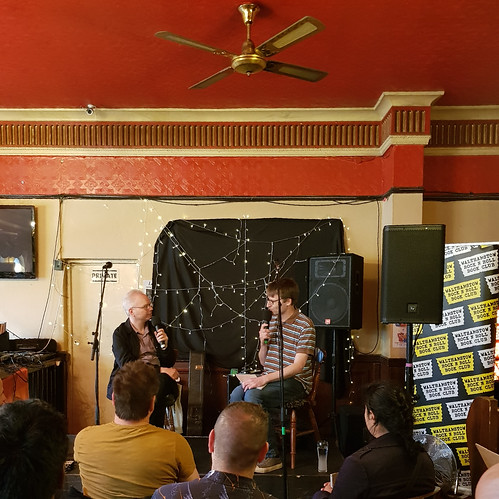 Wednesday the weather was better so I took the opportunity to bunk off work and head out east early. The reservoirs between Tottenham and Walthamstow have recently been smartened up and branded the Walthamstow Wetlands and I thought it was time to pay them a visit. I was hoping to convince some other fans to join me but sadly no luck so i had a lovely walk on my own before getting on a bus and heading off to the pre-show meeting venue.

The pre-show meet was also just me.

Went into the venue just after the doors opened - had a brief chat with Mark, the organiser, about Crossrail and Hanwell, but not rock and roll. Headed to the bar where a kindly bartender made me a cup of tea (with rather old milk).

The bar was by now pretty crowded and Damon arrived on stage for a lengthy interview about Ways of Hearing, followed by a Q & A - touching on bandcamp and Spotify and podcasting and smart speakers and how, becuase of noise elimination, there are people who think that Ceremony is a Galaxie 500 song. Damon is great to listen to and worth catching if you can.

After a short break Damon & Naomi arrived on the tiny stage to play a short set. I moved into one of the seats that has been left empty right at the front of the stage. They opened with How Do I Say Goodbye and followed it with Judah and the Macabbees.

From my prime position I could see the setlist taped to the floor between them and track three just said 3. ANOTHER - surely this was what Naomi had been hinting at the day before. They played a beautiful version of Galaxie 500’s Another Day - perfect.

They played A Shining Dream from Fortune and The Robot Speaks from The Earth is Blue, before wrapping up with their beautiful cover of the late Scott Walker’s The World’s Strongest Man

And it was over, too soon. I said my farewells and headed home. 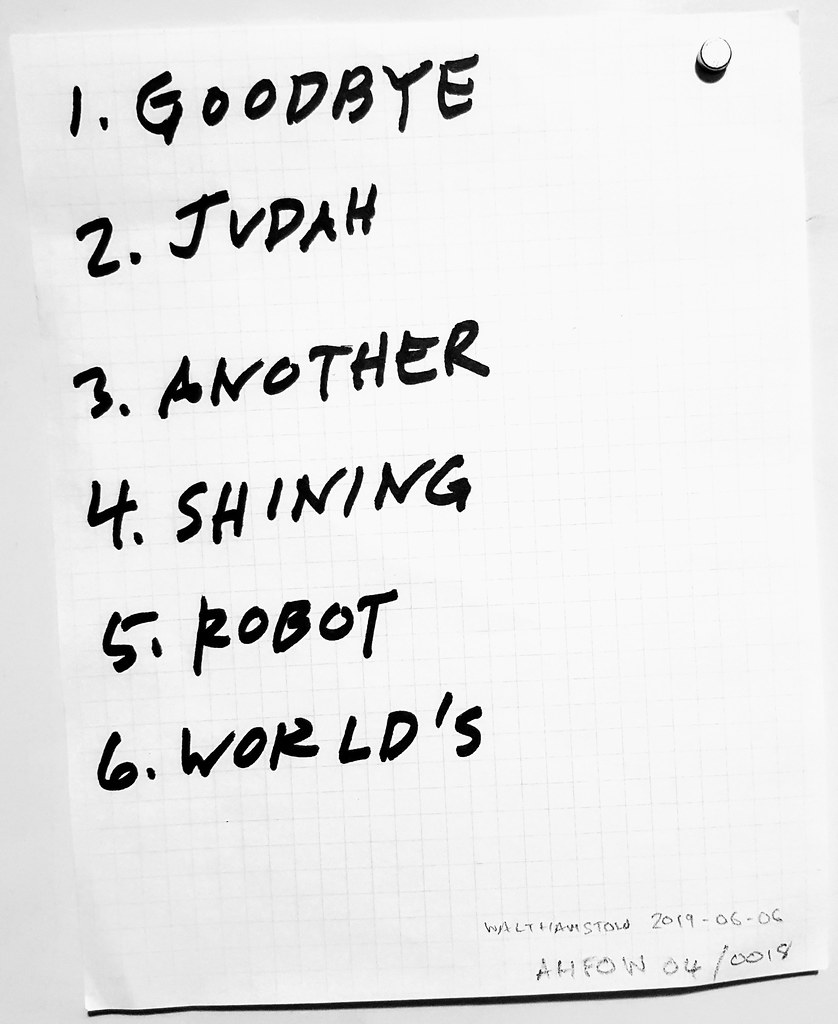