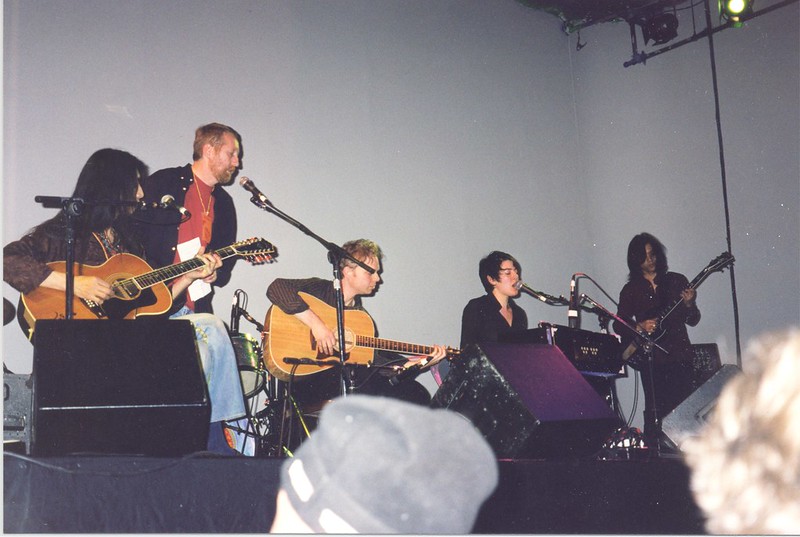 There'll be better and more detailed obituarys to Tom Rapp elsewhere on the web from people who knew him better, but he had an impact on my life and hearing of his loss I felt the need to write a few words.

Of course my first encounter with the music of Tom Rapp was via Damon & Naomi around the time of the first Terrastock in 1997. I knew absolutely nothing of Tom or Pearls Before Swine when the show was announced and the records were not so easy to get hold of. Luckily Bob on the Galaxie 500 mailing list was a fan and sent over a couple of cassettes of Tom and PBS. Shortly after the show Tom got in touch with me via email and sent me a recording of Damon & Naomi's set.

We only kept sporadically in touch - more often it was about Damon & Naomi and generally coincided with a Terrastock show. In 1999 Terrastock came to London - a last minute sceheduling change and childcare responsibilities conspired to mean that I missed Tom's performance and barely arrived in time to catch Damon & Naomi's set! But after the show was over Tom and I got chatting. I can't remember how, I think I'd been loitering around probably trying to catch Naomi's eye when Tom came over. 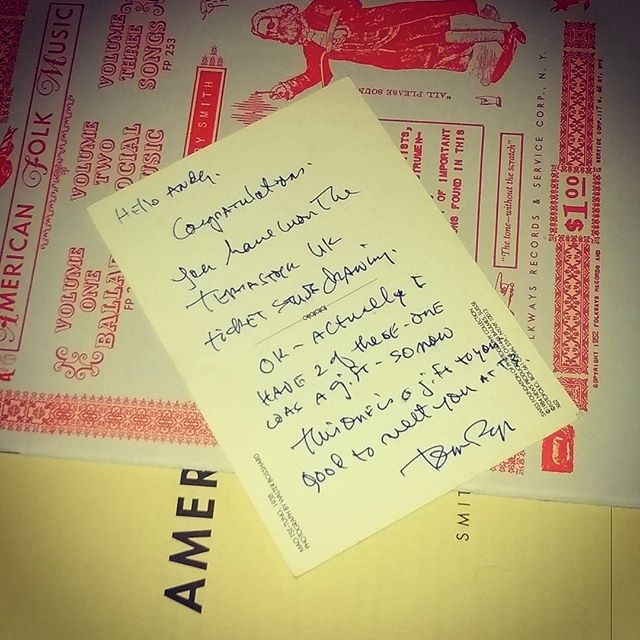 We chatted a while and the conversation eventually came around to Harry Smith's Anthology of American Folk Music - a collection I was only superficially aware of. Tom suggested that I really should look into it further and it got filed away in my musical todo list (and you know what todo lists can be like?). A few weeks later, unannounced, a parcel arrived from the US. It was a beautiful box set of the 5xCD edition of the Anthology and a note from Tom:

Hello Andy Congratulations. You have won The Terrastock UK ticket stub drawing. OK - Actually I have 2 of these - one was a gift - so now this one is a gift to you. Good to meet you at T3. Tom Rapp

We only sporadically got in touch after that (I'm rubbish at maintaining relationships) - the last time I heard from him was when he emailed to thank me after I posted a 65th birthday tribute to him on this web site. I wrote back and said I'd send him a postcard. I really hope I did!

I barely knew Tom and felt like a friend and I feel his loss. My heart goes out to those who knew him better because they must feel it more. I'll be celebrating Tom's passing by playing some records. It's all I really know how to do. These will be amongst them…

Audio: Damon & Naomi with Tom Rapp - I Shall Be Released