Damon & Naomi in London and Berlin 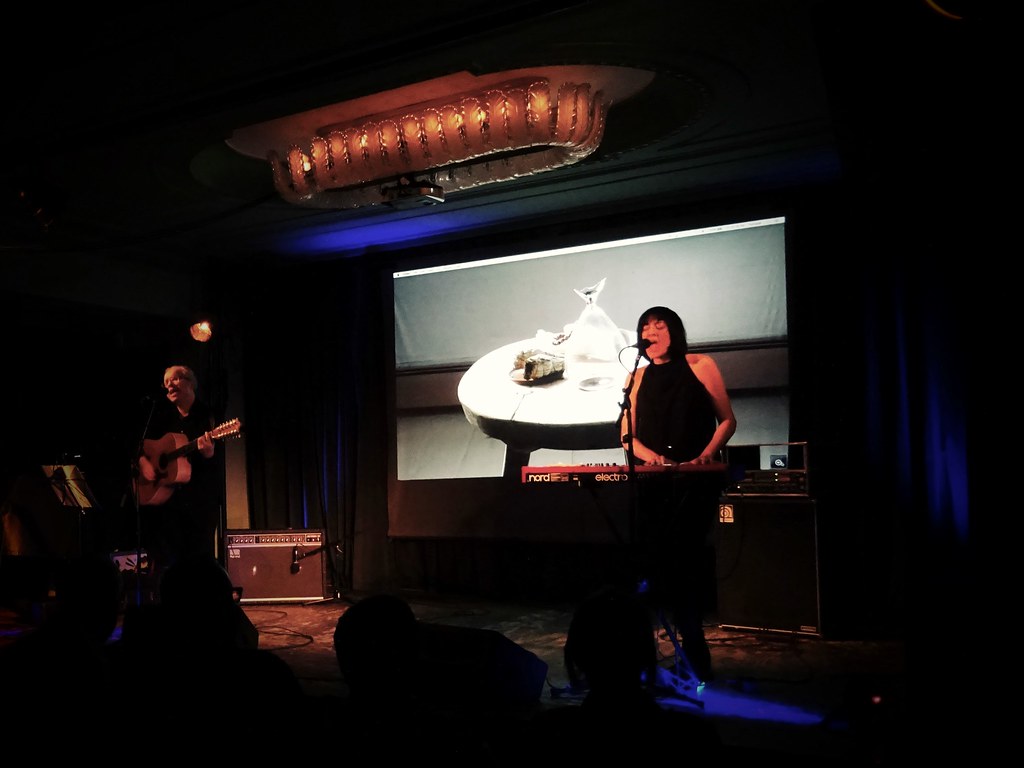 Monday I headed home after work, grabbed a bite to eat and my son and we headed to Cafe OTO for Damon & Naomi’s London show of their short European tour - they’d played Stewart Lee’s ATP festival in Wales the day before and were heading off for a date in Spain and one in Berlin.

I was running a bit late but Chris messaged me at eight to tell me that the doors hadn’t yet opened - which seemed a bit odd but was fine because it meant I wasn’t going to miss the support act, Richard Youngs who once again was being joined by Damon on drums and voice.

We arrived not long after the doors had opened and shuffled in next to Chris who’d got a prime spot and nabbed us a couple of seats. It was heading to 8:45 before Richard and Damon took to the stage. We were told at this point that earlier in the day Damon had had a tumble down some stairs but, like a trooper, was going to take his place on the drum stool. 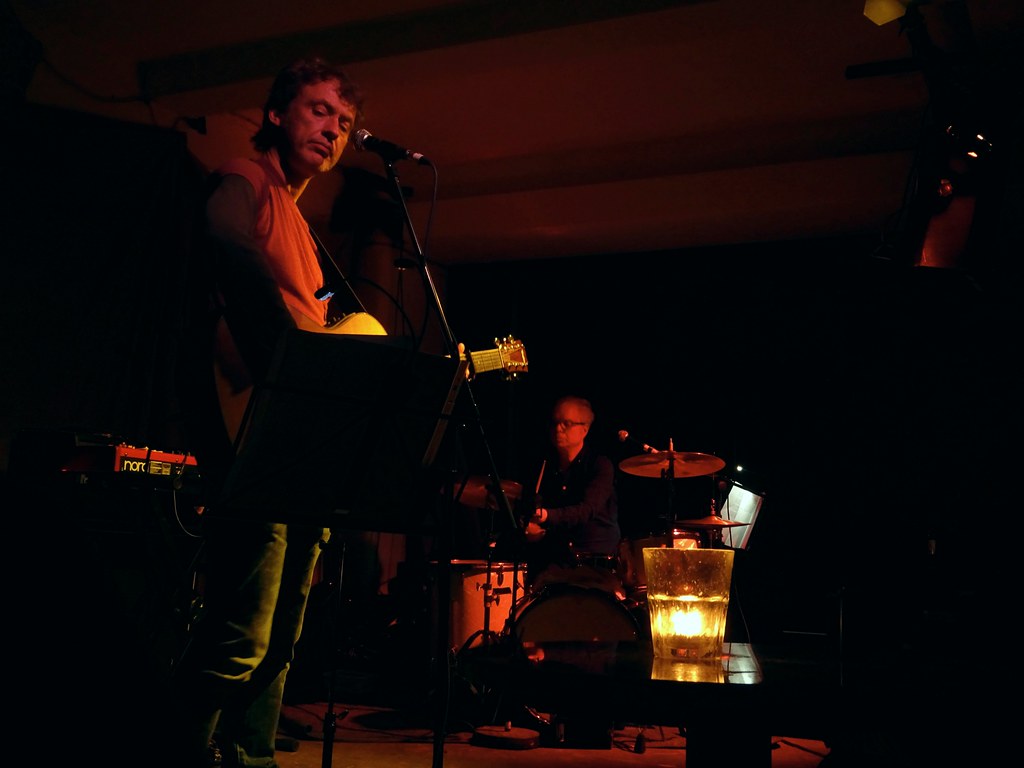 The show went well, they were playing through Richard’s recent album Inside the Future and Damon’s contributions didn’t seem to be too hampered by his fall, although he did seem a little stiffer than usual - but it didn’t seem to have any negative effect on a good set.

With the album over Damon headed off stage and left Richard to play his way up the guitar neck with a number of one chord songs of varying lengths.

Towards the end of the set there was some shuffling noises over my left shoulder and Richard played the last song staring, with undisguised concern, into that corner of the room.

Set over, and after a short wait Naomi and Richard appeared on stage to explain that during Richard’s solo set Damon’s condition had taken a more concerning turn and that an ambulance had been called and Damon & Naomi wouldn’t be playing. Refunds were offered (although I suspect mostly not taken) and shortly after the room was filled with the blue flashing lights signifying the arrival of the ambulance.

Damon was rushed off to A&E at Homerton hospital where the NHS did their awesome stuff with tests and drugs. Adam, Chris and I hopped on the Overground for a slightly earlier night than anticipated.

I woke to an email from Naomi sent at 3am reporting that Damon was ok and had been given the nod to head to Spain for their show in Madrid.

On Tuesday morning Adam, Hazel and I headed to Berlin for a short break that coincided with Damon & Naomi visiting the city later on the week (not unintentionally of course).

Damon & Naomi played their Tuesday night show in Madrid, although Damon didn’t take up his part in the support band.

My first visit to Berlin was short and filled with lots of walking, lots of bread and (veggie) sausages. During the week I checked in with Damon & Naomi that the Berlin show was going ahead, and that I could cadge spots for the three of us on the guest list.

Friday evening we took the twenty minute walk from our appartment to the venue, stopping on the way to get sneered at by a sausage vendor for trying to buy the veggie currywurst he proudly advertised, but didn’t sell!

We arrived at the Grüner Salon and headed in, found some comfy seats and bought some drinks. Damon headed over to say hello and fill us in on their adventures in London (and give us a peek at the quite horrendous bruise on his back!).

Naomi also popped over and made some fanboy spill lemonade down himself - she was sweet enough not to notice but the event gave my family hours of entertainment mocking me!

Damon was retaking his position in the support act for this show and took to the stage with Richard Youngs to once again play through Inside the Future. However the venue had somehow failed to supply a drum kit so one had been fashioned from things found around the venue. 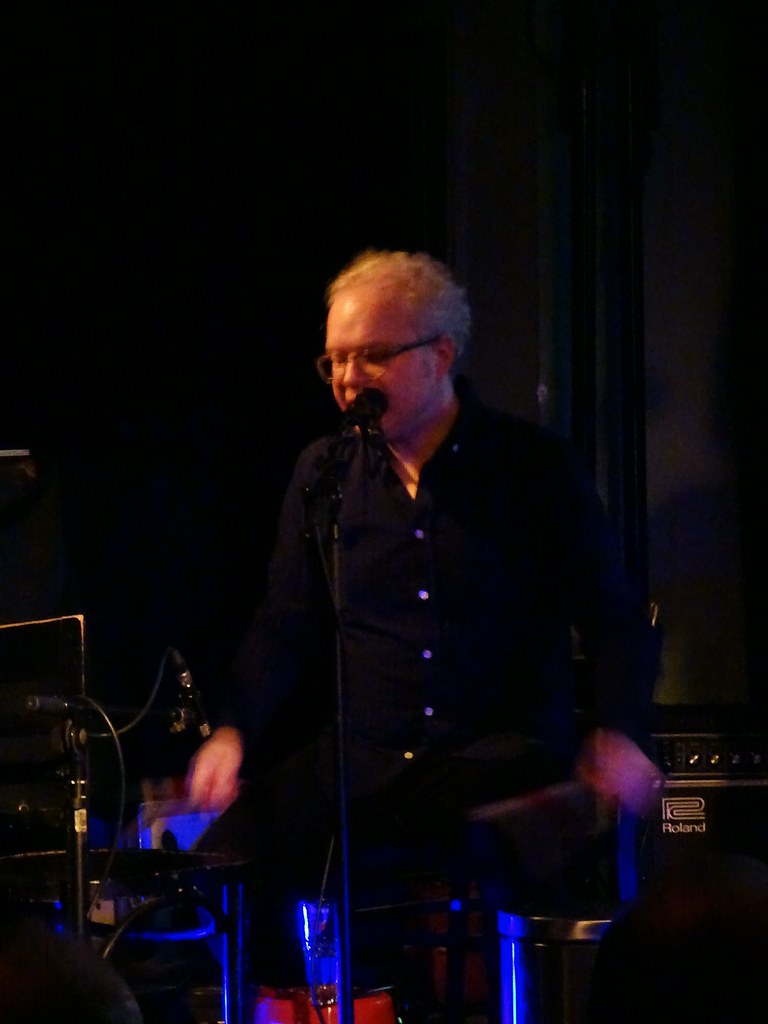 Damon sat himself behind a wooden chair, a plastic bucket, and a chrome-effect pedal bin; he also made use of various items of crockery and cutlery. The kit was played seriously and beautifully, without any hint that it wasn’t a perfectly respectable instrument - this made the set beautifully unique and thoroughly enjoyable.

Damon & Naomi took to the stage played a short prologue set of oldies, opening with Judah and the Maccabees, and including Turn Of The Century, Lilac Land, How Do I Say Goodbye, Helsinki - and sprinkled with Damon filling in the audience with the grizzly details of their London adventure. 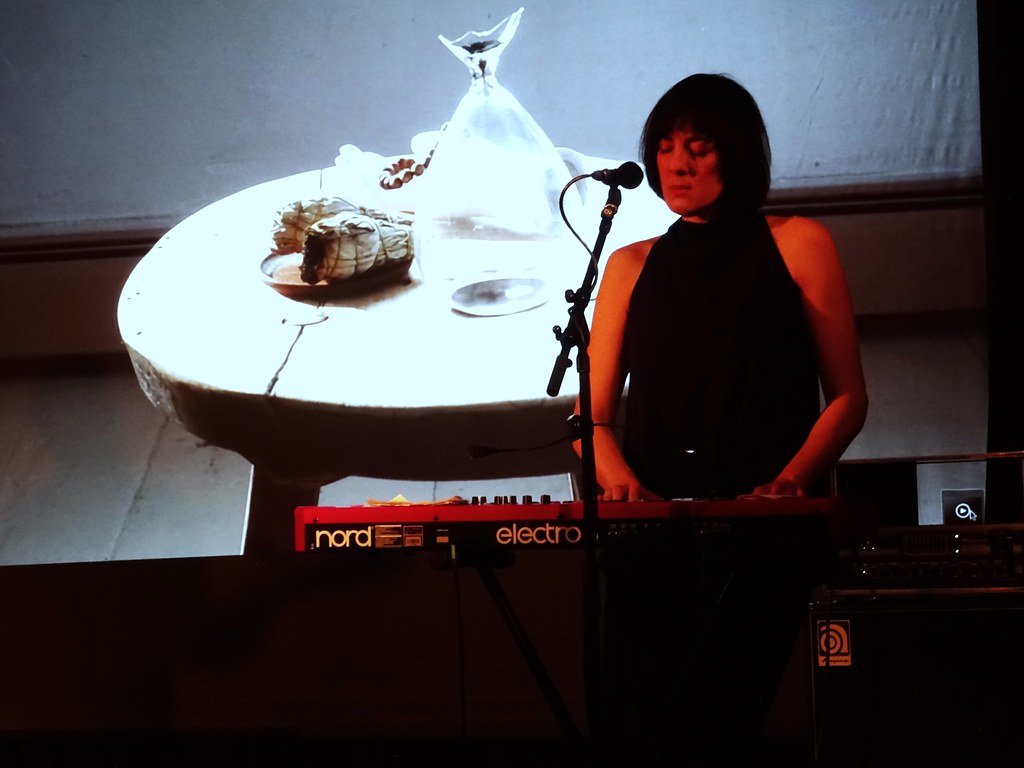 Then they played through Fortune - it was my third screening of Fortune and the film is still beautiful (and baffling) and the songs are gorgeous - the album stands beautifully on its own and The North Light is right up there with my favourite Damon & Naomi songs.

We were then treated to an epilogue of covers - firstly a blissful Listen, the Snow Is Falling and closing out the set with a divine cover of Sandy Denny’s No More Sad Refrains. 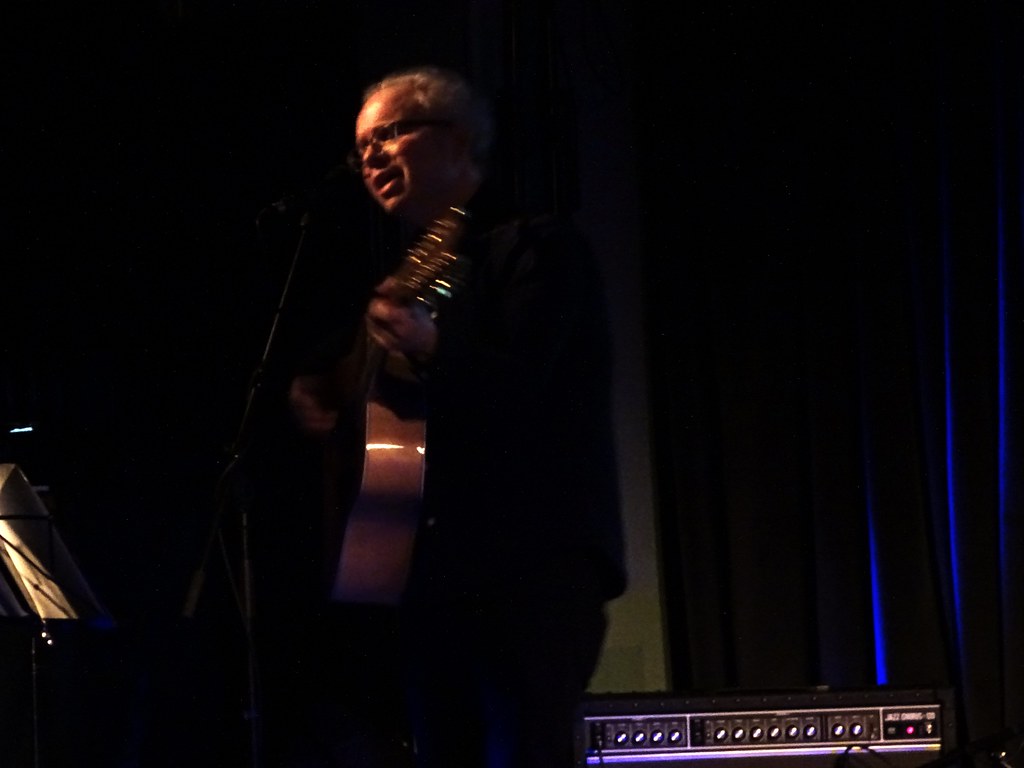 We said our goodbyes and slipped quietly into the Berlin night.