25 years since Galaxie 500 played their last show in Europe

Posted by Andy Aldridge on 1 December 2015

On the 1st December 1990 Galaxie 500 played their last European show at Barbue in Copenhagen, fortunately for us the show was recorded for Danish national radio and in 1997 on the back of the previous year's reissues, was released as the splendid live album Copenhagen.

I first heard about this show when Damon & Naomi were playing in London in 1996 and Damon mentioned that they were hoping to release a live Galaxie 500 show - he was very excited about it. A few months later a promo CD arrived unannouced from Andrea and Rykodisc, she was excited too…

Here's a special advance CD of the forthcoming Galaxie 500 live album, COPENHAGEN. I love it and hope you do too. Make sure you pay extra careful attention to the excellent crownd patter. Those crazy Danes!

All the excitement was justified - it's a gem! 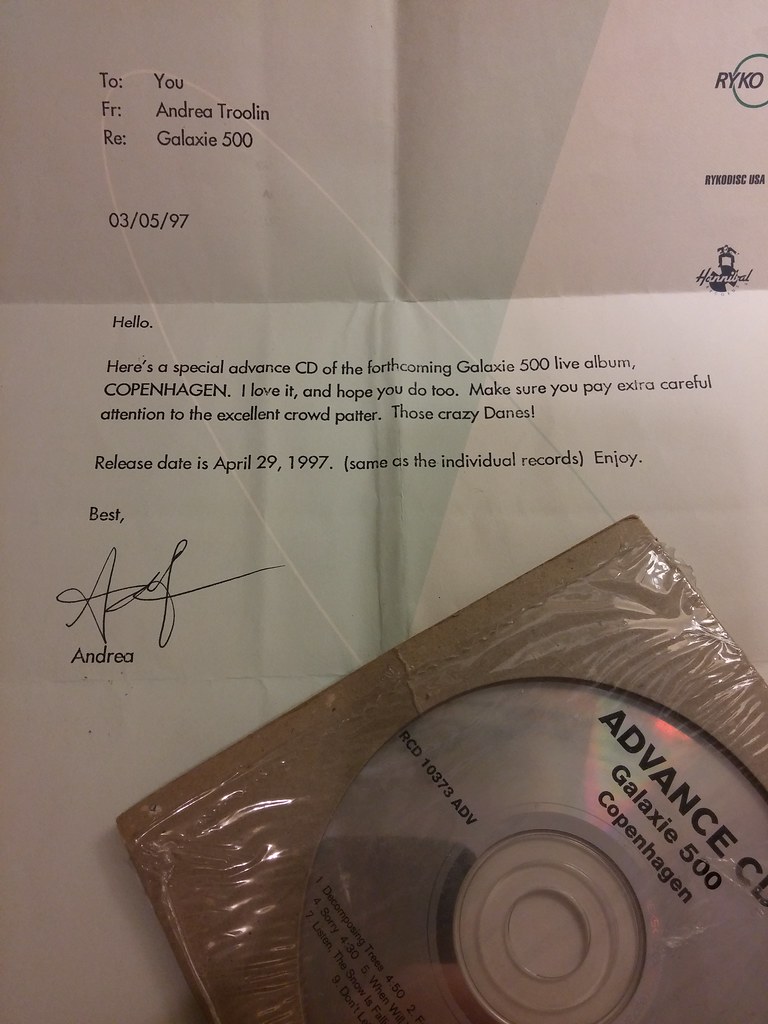 The album is available to download from bandcamp and right now you can get all of Galaxie 500's releases as high-quality downloads for just $42.62 - that's the three flawless studio albums, the Peel sessions album, Copenhagen and Uncollected - for peanuts!