Luna and Flowers at Sticky Mike's in Brighton 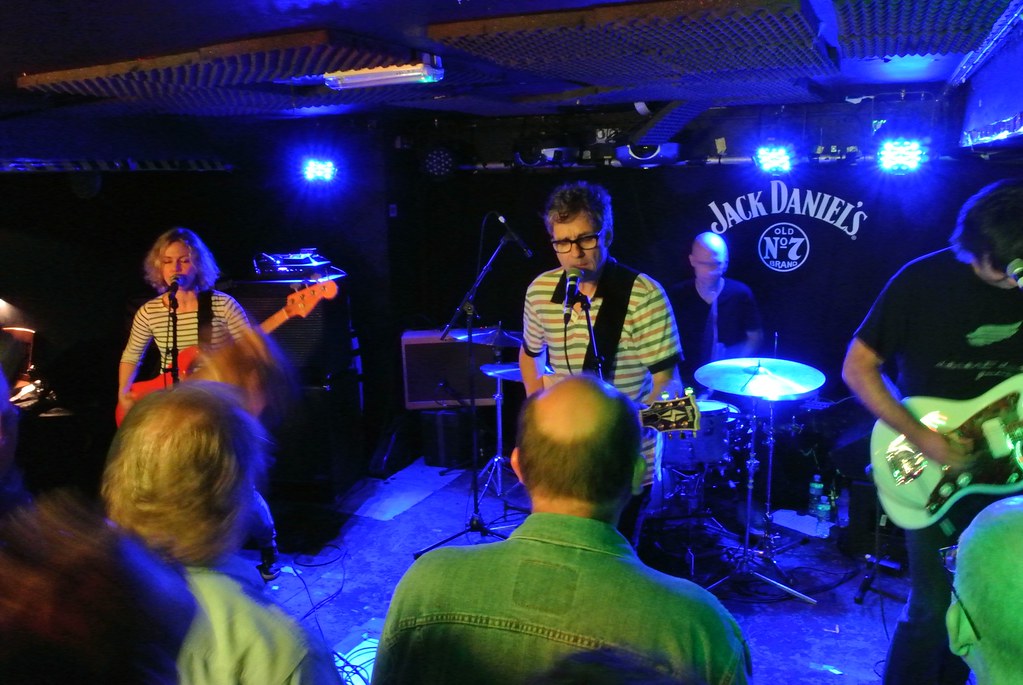 Wednesday evening sitting in a holiday cottage in Derbyshire with one full day of our holiday left.

"What shall we do tomorrow?" asks Hazel.

"Well" I reply hesitantly, "we could go home and then I could go and see Luna in Brighton?"

My long-suffering partner rolled her eyes. "How long have you been waiting to suggest that?"

"I've only just thought about it now" I lied.

So, we packed up and on Thursday morning we drove down to London, I dropped of Hazel (she gets to see Luna in Leeds on Saturday) then picked up a pal and we headed down to Brighton for Luna's first UK show since an amazing night at ULU in January 2005.

We arrived in Brighton after a long, long drive mostly spent crawling around the M25. Grabbed a bite to eat and headed off to Sticky Mike's Frog Bar in time to catch most of the always spellbinding Flowers beautiful set.

Sticky Mike's is a dingy basement club with a low ceiling and black painted walls - it's what all venues were like in the 80s - oddly shaped and with a low stage which, while making viewing a little tricky it made for a particularly intense atmosphere.

Luna arrived on stage and once the missing setlists were located and positioned at the base of mic stands and drum kit, they played a nicely mixed up set. Every track a gem - the band were relaxed and clearly enjoying playing together.

Bewitched was beautiful, there's something very special about being in a room full of Luna fans because my online life tends to keep them at a distance. But to hear folk around me singing along to Bewitched almost brought me to tears.

The set was nicely mixed up and finished with a storming Friendly Advice followed by 23 Minutes in Brussels. An encore of a couple of covers, Blue Thunder and then Indian Summer, was a perfect ending.

The once (minor) disappointment of their show in Porto in April was that they never played Indian Summer. I know it's a cover but it is also, oddly, most definitely a Luna song. They played it at the first Luna show I saw in 1992, and the last one in 2005 - and, very possibly, at every one in between. When that eBow hum started last night I new that Luna were back.

Show finished - a bit of loitering, then to a bar, and then back to London and in bed by 3am!

The pictures are a little ropey - I'm sure others will have better ones. Keep your eyes peeled on Instagram and Flickr.

London tonight - if you're nearby and haven't made up your mind this is one you'd be silly to miss! 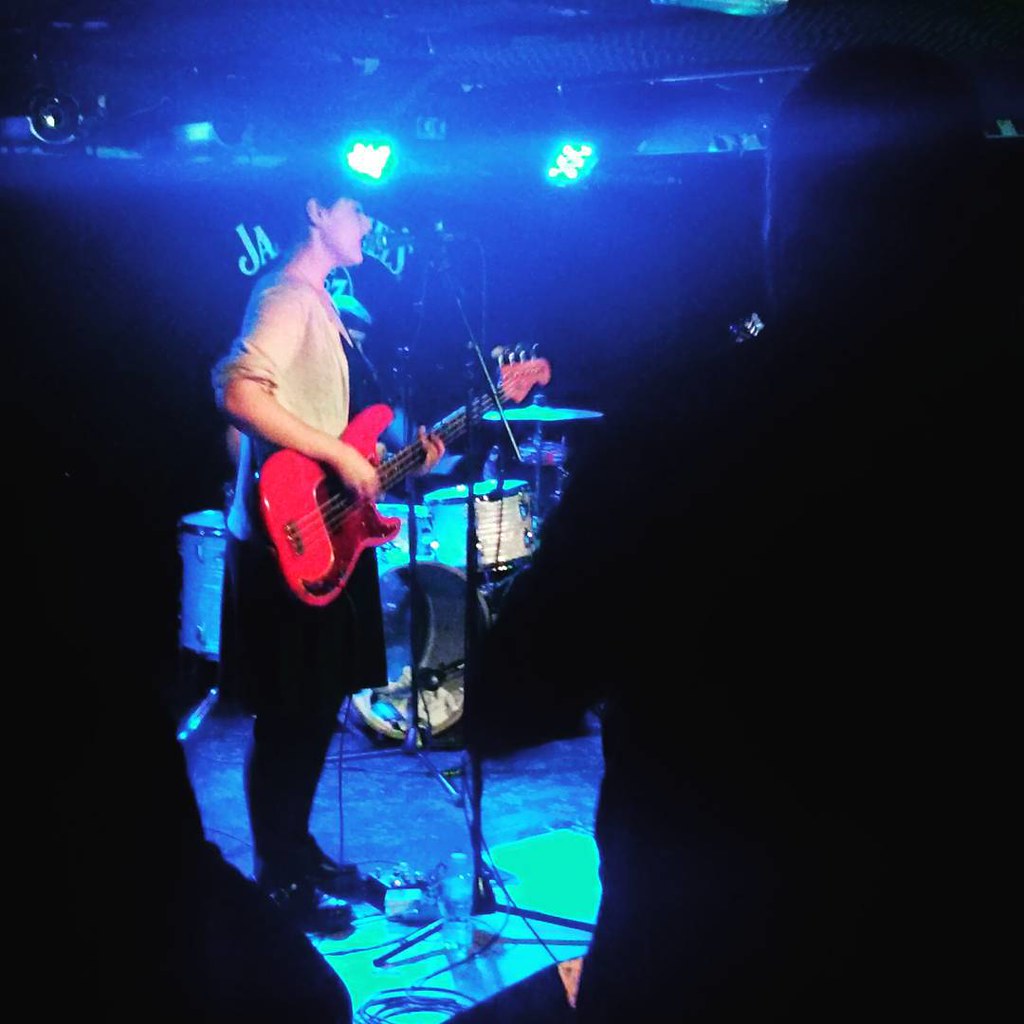 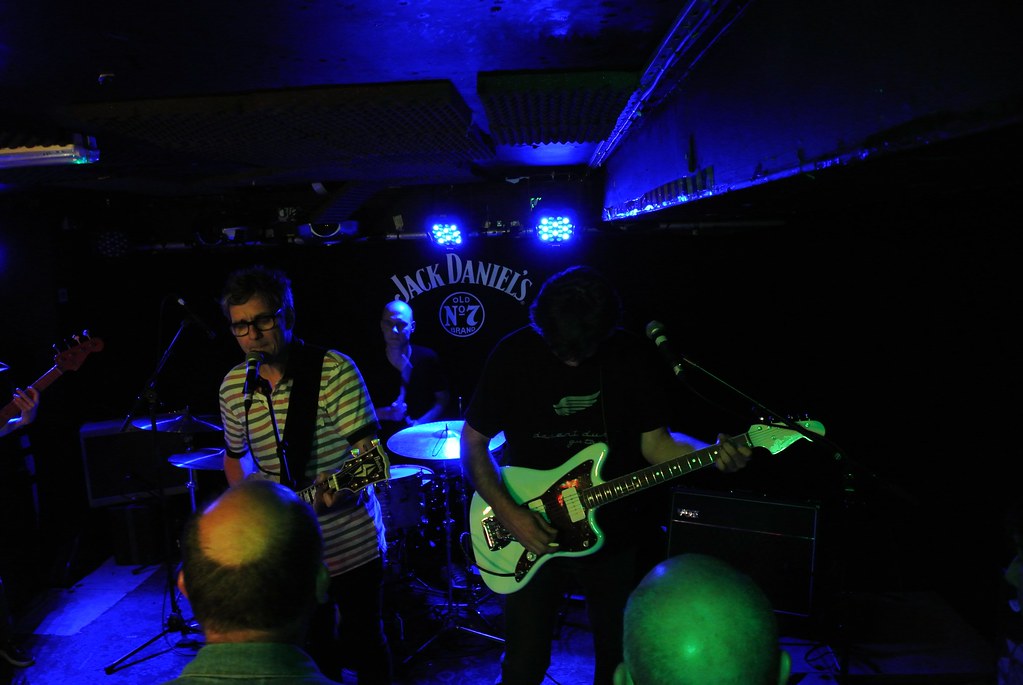