5 June:
Tonight's show is at the Forum in London, capacity of about 1800. Lots of celebrities, like Chrissie Hynde and Peter Gabriel. Wow. I was hoping for Mick Ronson. The Velvets do a killer version of "Hey Mr. Rain" which must be about twelve minutes long. They're also doing a new song in the encores, "Coyote." After the show, we go back to the Columbia Hotel and sit in the bar. 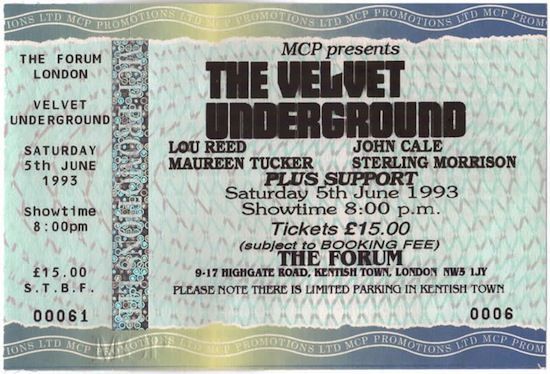