Damon & Naomi with Richard Youngs in London (video and photos) 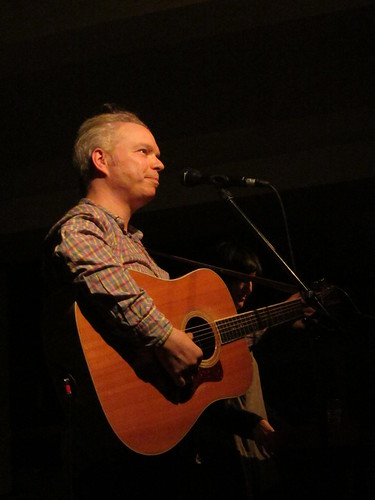 Damon & Naomi are now the support act, I don't entirely have a problem with this because it's not as if they support acts that I don't enjoy (The Clientele in 2010 and Richard Youngs tonight), my main problem is that I feel a little sad at 40 minute sets, the back catalogue is rich and sadly becoming neglected, I know a band has to move on but as I get older I seem to be getting more and more enjoyment from wallowing deeply and luxuriantly in my past.

Last night's show did dip back as far as Judah and The Maccabees for the set closer so I don't really have anything to moan about.


Cafe Oto was sold out, and the crowd was beautifully quiet and the show was of course, like every Damon & Naomi concert, a joy.

Headline act Richard Youngs was joined on drums and backing vocals by Damon for a varied set of noise, songs, jams, improvisations and a stand-up routine. 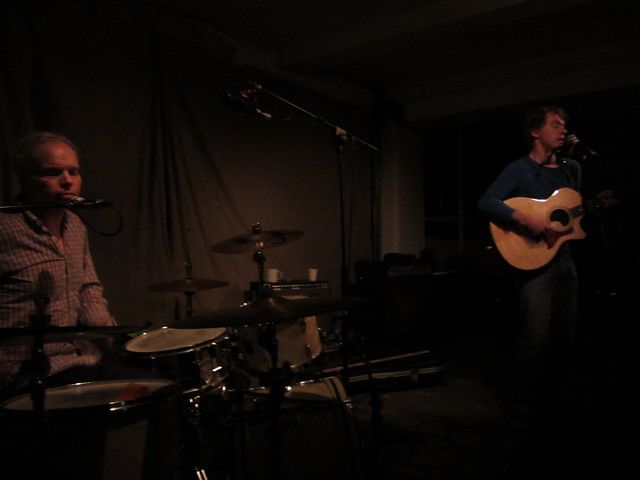