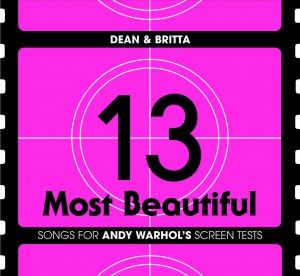 After selling out of the deluxe two disc edition of 13 Most Beautiful Dean & Britta are releasing a new single-disc edition. The disc has been re-sequenced to match the DVD and will come in a new fluorescent pink sleeve. The disc can be pre-ordered from Dean & Britta's online store and will be released on October 11, 2001 in a limited run of 1000.

Also Luna's three Jetset releases, The LPs Romantica, Rendezvous and the EP Close Cover Before Striking will be available on iTunes shortly and will include "previously unreleased bonus tracks" - more news on this as soon as I have any! The albums have been unavailable since Jetset went AWOL.