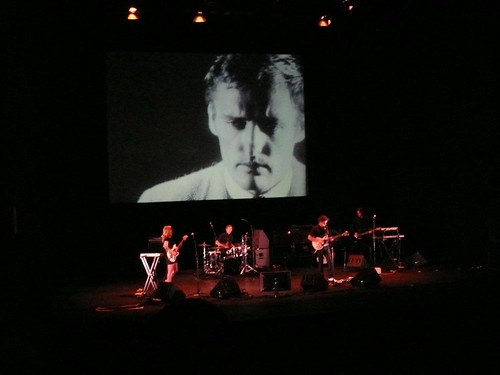 Hazel and I arrived at The Barbican and tracked down our tickets. Shearwater were about to start their support set but we nipped outside to eat first. We caught the second half of Shearwater's interesting set. They were a wee bit prog and I found the singers voice a little hard to be comfortable with but otherwise they made some nice noise as the five of them revolved around the array of instruments they had... I was also liked that they had a member who seemed to be called Thor! 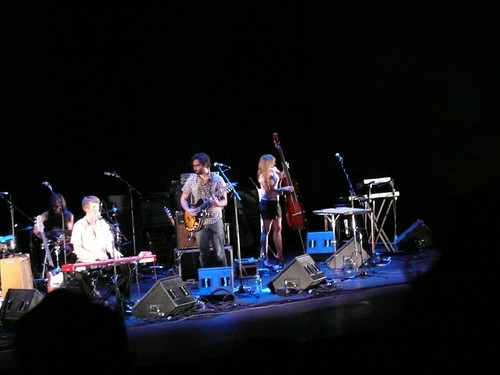 Dean & Britta's performance of 13 Most Beautiful was again lovely. The sound wasn't as good as I'd expected/hoped - the drums seemed a little too much and the rest occasionally seemed to lose a bit of definition. Perhaps it was my imagination but they seemed to have polished the timing since we saw them in Dunfermline. The songs and films seemed to be better synchronised. That impression may have been influenced by the seats we had - sitting further back gave the opportunity to see the whole show rather than having to switch between band and film - I certainly noticed the films more this time. Noticing that Paul America and Edie Sedgewick above all the others lived up to the "beautiful" tag... noticing that Dennis Hopper seemed to be looking down at the band... noticing that Billy Name was just trying too too hard. 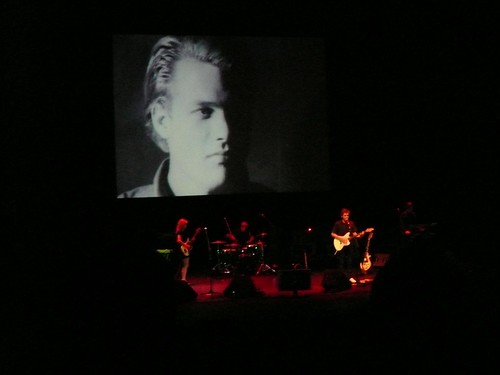 The most beautiful Paul America

The band returned to the stage for an encore of Galaxie 500's Strange and then, all too soon, it was all over. Hopefully they'll be back at the end of the year for a whole evening of Galaxie 500.

After the show I chatted to a couple of Galaxie 500 list members who were nice enough to come over and introduce themselves and then hung around to have a chat with Dean & Britta who were patiently chatting and signing autographs... including one, it seems, for Andy himself... 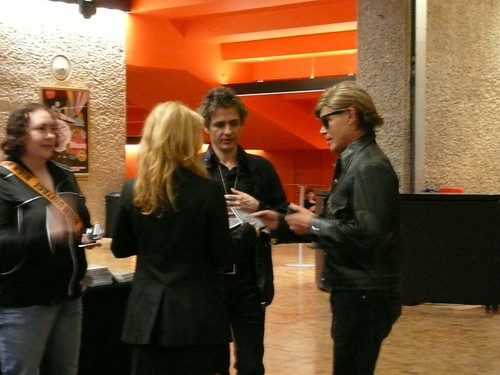 Dean signs an autograph for... wait a minute...

Had a nice (and short, and uncomfortable) chat with Dean & Britta, dipped into the after show party, where Hazel and I just nabbed a drink and some peanuts and olives, and then made our excuses and headed home. Thanks to Richard, and Darren and Beth for coming and chatting, thanks to Dean & Britta for being here and being so sweet.

There are a few more pictures on Flickr - news </div>