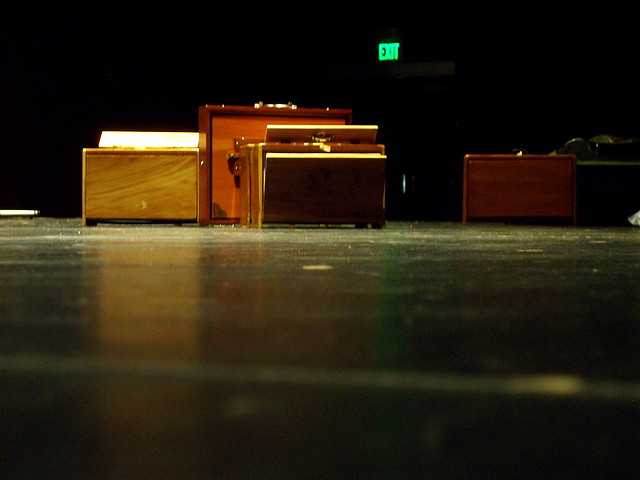 In March 1997 Damon & Naomi played their first London show at the tiny 12 Bar Club. I still remember that show with a mixture of bliss and discomfort but the most enduring of the blissful memories is the instrument that Naomi used. A sruti box is a simple one pitch harmonium that produces a beautiful drone. Since then Naomi has moved through a full harmonium and now plays a Nord ELectro 2 and while I'm sure she (and the audience) appreciates the flexibility of these instruments I must admit I miss the beautiful simplicity of the sruti.

In the July 1997 issue of Ptolemaic Terrascope Damon & Naomi gave an interview which showed off the still tender wounds of the Galaxie 500 split. As a fan it was a hard read. Up until that point I was blissfully unaware of just how sad the split was.

One of the most confusing parts, was that it really felt like he had killed this creature that we had all invented together, and of course the fact that we had been friends for so long and had been through so much; it was such a rotten way to end it all. It also felt, at the time, like he had taken away our musical voice

For some reason it never saw the light of day beyond that Terrascope EP - hopefully one day it will. Until then you can hear this which has been lifted from my vinyl copy. I'm not an audiophile and I don't have expensive kit so what you are about to hear/download is not likely to sound as good as it probably ought to, but then...you didn't pay for it.